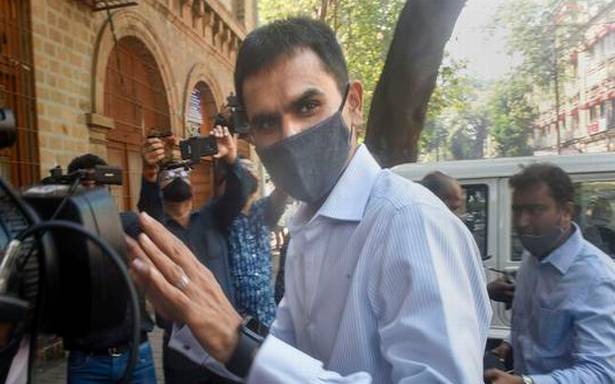 A team from Delhi NCB operations will camp in Mumbai to take the probe in these cases forward, officials said.

The Narcotics Control Bureau (NCB) has taken away the controversial cruise drugs case and five others from the agency’s Mumbai zonal unit headed by Sameer Wankhede and transferred their investigation to its operations unit based in Delhi, officials said on Friday.

The action has been taken on “administrative grounds”, and as these six have “wider and inter-state ramifications”, they have been transferred to the operations unit in Delhi, NCB Deputy Director General (north-west region) Mutha Ashok Jain told PTI.

He said the order for transfer of cases has been issued by NCB Director General (DG) S N Pradhan.

Wankhede, who is facing a number of personal and service-related allegations, will continue to be the zonal director.

The NCB had arrested actor Shah Rukh Khan’s son Aryan Khan and at least 19 others in the drugs on cruise case on the intervening night of October 2-3 and Wankhede is facing a departmental vigilance probe after an independent witness in the case claimed extortion bid by those involved. A team from Delhi NCB operations will camp in Mumbai to take the probe in these cases forward, officials said.