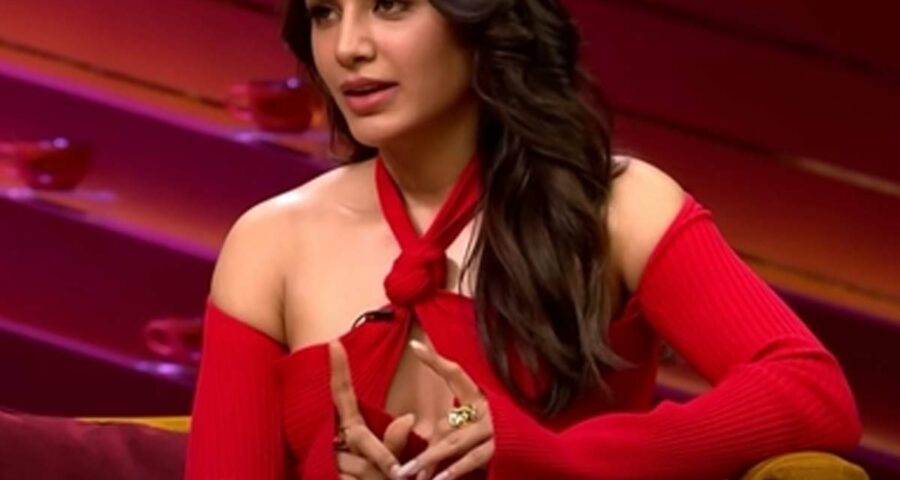 The yesterday episode of Koffee With Karan7, hosted by Karan Johar was rapid and full of fire. Samantha Ruth Prabhu made her Koffee With Karan 7 debut. During the episode, Samantha Ruth Prabhu talked about her relationship with ex-husband Naga Chaitanya, and more. When Karan Johar referred to Naga Chaitanya as her husband, Samantha immediately corrected Karan and said that it is ex-husband.

During the episode, Samantha was asked about the most bizarre rumor she heard post her divorce with Naga Chaitanya.  The actress stated that there were news reports about her that she took  Rs 250 cr as alimony. She even joked and said, “I was waiting for the income tax guys to raid my home after the reports on her alimony surfaced.”

When Karan Johar asked Samantha to talk about  her marriage, she joked, “I have a bone to pick with you Karan Johar. You are the reason for unhappy marriages. You have portrayed the life to be K3G -Kabhi Khushi Kabhie Gham and in fact, the reality is KGF.”

Samantha Ruth Prabhu and Naga Chaitanya tied the knot in 2017 in Goa  and got separated in October 2021 after four years of marriage.

On the work front, Samantha is waiting for the release of Yashoda and Shaakuntalam.