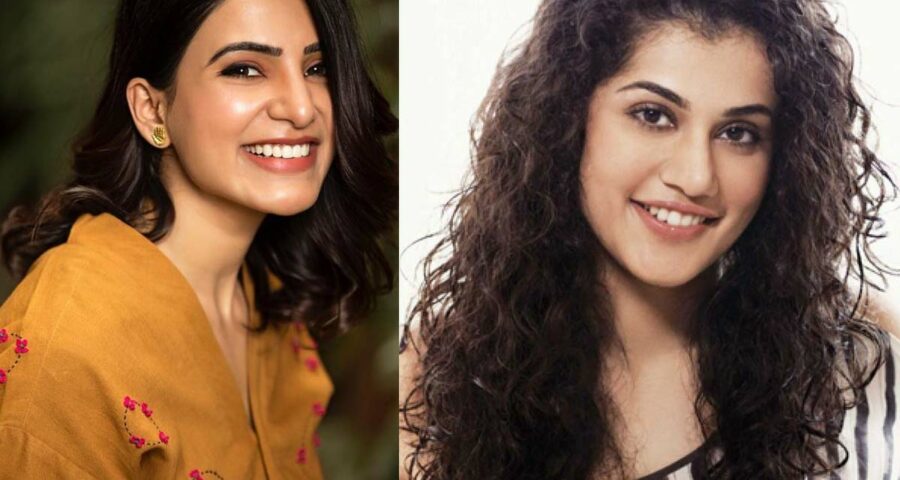 Samantha Ruth Prabhu has already made her debut on OTT world with the web drama The Family Man 2  and now she is all set to make her debut in Bollywood with a movie which will be bankrolled by Taapsee Pannu.  The reports are coming that Samantha Ruth Prabhu has been approached to play the leading lady in a Bollywood film that will be bankrolled by none other than actress Taapsee Pannu, who recently launched her own production house ‘Outsiders Films’.

The sources say that Taapsee Pannu’ production house Outsiders Films is contemplating producing a female-centric thriller. The official announcement regarding this project of Samantha will be made soon.

Recently it was also heard that Samantha is replacing Nayanthara in Atlee’ directorial venture which has Bollywood Badshah Shah Rukh Khan in the lead role. But there is no any update regarding this.

It is known that Taapsee Pannu launched Outsiders Films earlier this year. Her maiden production, Blurr,  helmed by Ajay Bahl, has been wrapped.  The psychological thriller drama has Taapsee  Pannu alongside Gulshan Devaiah.

On the otherside, Samantha  will be seen in Tamil film Kaathuvaakula Rendu Kaadhal co-starring Vijay Sethupathi and Nayanthara. She is also playing the female lead in Gunasekhar’ directorial venture Shaakuntalam.