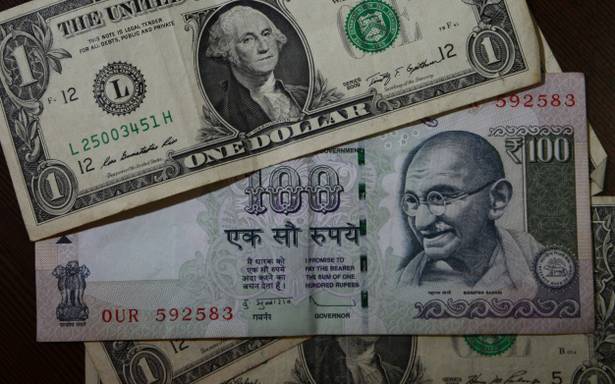 The Indian rupee declined 5 paise to 74.17 against the U.S. dollar in opening trade on October 4, in line with its Asian peers amid the strengthening of the American currency in the overseas market.

At the interbank foreign exchange, the rupee opened at 74.16 against the dollar, then fell further to 74.17, registering a fall of 5 paise over its previous close.

Meanwhile, the dollar index, which gauges the greenback’s strength against a basket of six currencies, was trading up 0.02% at 94.05.

Meanwhile, foreign institutional investors were net buyers in the capital market on Friday, as they purchased shares worth ₹131.39 crore, as per exchange data.

The focus this week will be on developments at Evergrande and on the RBI monetary policy meeting and the U.S. monthly jobs report, he said.

The Reserve Bank of India’s Monetary Policy Committee is expected to keep the key rate unchanged but could signal the beginning of the unwinding of its accommodative monetary policies, Mr. Iyer added.