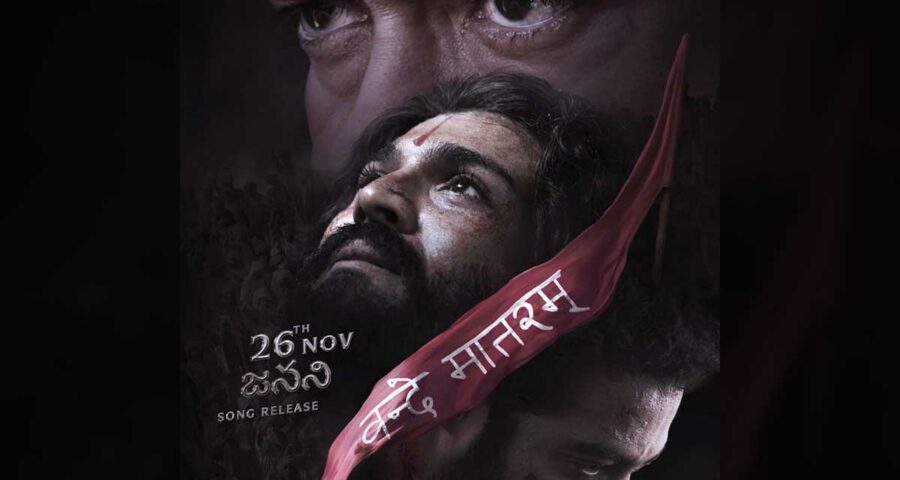 SS Rajamouli‘s upcoming film RRR which has young Tiger Jr NTR and mega Power Star Ram Charan in the lead roles, has been the talk of the town for a while now. The team behind the movie will soon launch a song, Janani from the film which is going to be out very soon.  Yesterday evening Ram  Charan tookto his twitter and said, “Janani is just the beginning of the emotional journey envisaged by @ssrajamouli Garu. #RRRSoulAnthem out on November 26th. MM Keeravani garu’ soulful composition will tug your heartstrings. Stay tuned RRR Movie ” According to the latest report, the movie team has announced that the song Janani will be screened with visuals to press on 25th November a day before the release of song.

This is a never before done move by the team to promote their  movie. We normally see  such types of special screenings like these for press for Hollywood films in US.

The makers  of RRR claim that they have contemplated the song to bring sentimentality and patriotism into the grid.

A few days back, the team of RRR  unveiled the ‘Mass Anthem’ aka ‘Naacho Naacho’ song. It showed the two actors – Ram Charan and Jr NTR grooving to the upbeat  song.