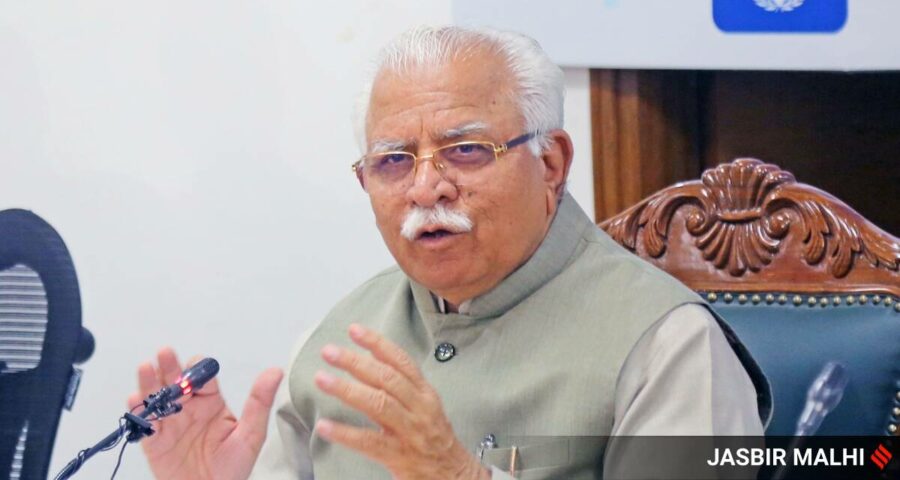 More than 1000 Anganwadi workers took to the roads on Wednesday to stage a protest against the Haryana government demanding wage hike, better working conditions and facilities like insurance among other things.

The protest began at 12pm from the dharna site at Sector 5, after which the protesters marched to the housing board in an attempt to enter Chandigarh. Several commuters were inconvenienced due the traffic diversions that were put up because of the protest. The protesters alleged that they have been forced to stage the protest as the government did not pay heed to their demands.

Jagmati Malik, senior General Secretary of Anganwadi Workers Helpers Union, Haryana, speaking at the protest said, “On March 10, 2018, the state government had entered into an agreement with our union but nothing has been done in this regard till date. Our key demands include a hike in salary, promotion as supervisors and health insurances”.

The protesters marched to the Housing Board in an attempt to enter Chandigarh, to gherao Chief Minister Manohar Lal Khattar’s residence. They were, however, stopped mid way at the Sector 7-8 divding road and eventually reached the Housing Board border. After several hours of protest, a seven member representative group met with the officer on special duty to the CM but the talks were inconclusive.

Sunita, an Anganwadi worker from Fatehbad, Haryana said, “The funds given by the government for operating the Anganwadi centres on rent do not stand sufficient. We often have to pay the expenses from our own pockets. The government seems least bothered about our troubles.”
“The officer told us that he would look into our demands but we want the demands to be met with as soon as possible,” said state general secretary, Anupama.