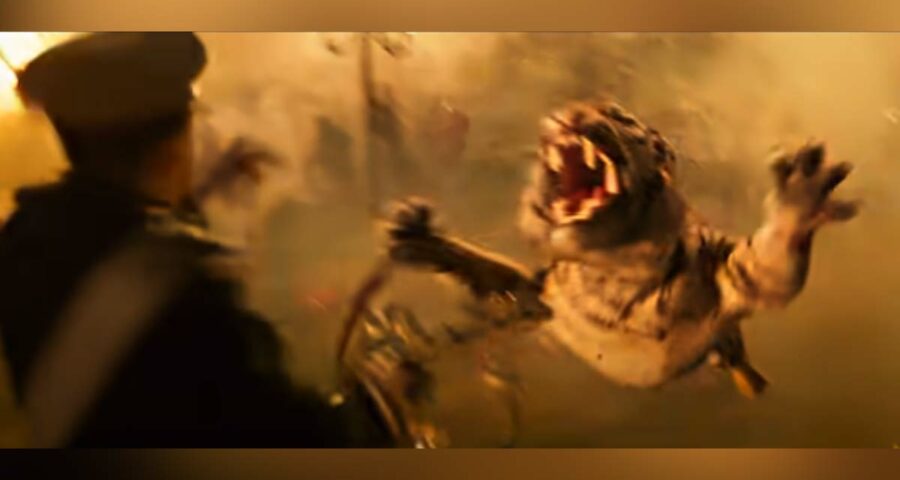 After a long wait, the glimpse of RRR from SS Rajamouli’ magnum opus  was unveiled on Monday.   The glimpse highlighted the epic scale and grandeur of the film.  The glimpse started  with a tiger chasing Jr NTR. Since the beginning of the film’s production, it has been said that Komaram Bheem’s character, played by Young Tiger  Jr NTR, fights with a tiger, which is an introduction sequence of  the actor in  this big budget drama. In the last scene, same tiger was seen attacking a British soldier.

The netizens are eager to know about the role of Tiger in RRR. Few are saying that after fighting with Tarak,  the tiger surrenders  to him and later joins his rebellion against the Britishers.

Mega Power Star Ram Charan was seen as a cop serving the British Raj. The teaser also featured Ram Charan and Jr NTR together in action against British Raj. It could be a mind-blowing action sequence before the interval.

A shot of  Ram Charan targeting  the  British Raj convoy with arrows in the forest. It is expected to be the intro shot of Ram Charan as rebel Alluri. The teaser also gave a hint, at the enmity turned friendship of the protagonists.