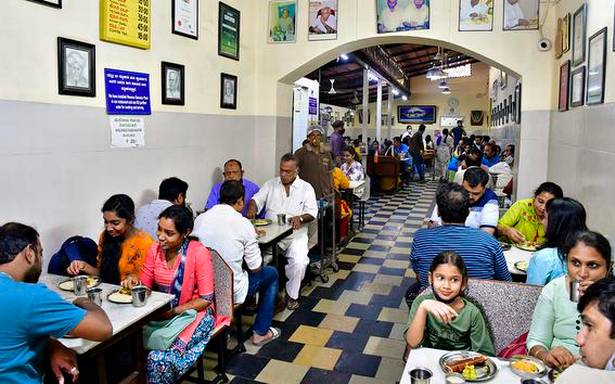 Hotel owners are reeling under the rising price of commercial LPG cylinders, which has increased by ₹400 in the last six months. For the first time, commercial cylinders have breached ₹2,000. This, along with the rising price of essential commodities, is eating into the little profit that restaurants are finally making. The industry is on the road to recovery, but for the most part, proprietors are unwilling to pass the entire burden on to patrons who have only recently resumed dining out after the second wave of COVID-19.

Many have increased the price of a few items like tea and coffee or biryani, while leaving the rest of menu prices untouched.

“We would rather have this eat into our little profit than pass on the entire burden to customers. However, if the government doesn’t come to the rescue of the common man, we will be forced to increase our rates,” said P.C. Rao, president of the Bruhat Bengaluru Hotels’ Association.

However, smaller eateries and darshinis, whose clientele are also feeling the impact of the rising cost of essential commodities, don’t have much of a choice but to increase the price of some items. Of the estimated 24,000 eateries catering to different categories of clientele in the city, nearly 30% are darshinis.

The price of tea and coffee has been hiked from ₹10 to ₹12 a cup at Brahmalingeshwara Darshini in Anchepalya, off Tumakuru Road. The price of regular items on the menu has not been increased. Similarly, at Hassan Iyengar Bakery, the price of savoury items has been increased, while that of sweets remains the same.

Shravya Dum Biryani, a small outlet on Tumakuru Road, has increased the per plate price of chicken kebabs from ₹40 to ₹50, and that of chicken biryani from ₹100 to ₹120. “We are struggling with rising costs,” said Babu Rao (name changed), owner of the biryani outlet.

Chandrashekhar Hebbar, president of Karnataka Pradesh Hotel and Restaurants’ Association, said that along with commercial cooking gas, the cost of oil had increased by over ₹100 a litre, as had that of lentils, pulses and coffee powder.

“Customers are just about returning to smaller joints. If prices are increased at this stage, the footfalls will decrease again. Increase in price is not the solution for either the hotel owner or customer right now,” he pointed out.

Arun Adiga of Vidyarthi Bhavan, a popular joint in Gandhi Bazaar, said that a mid-size hotel/ restaurant uses anywhere from 4-5 commercial LPG cylinders (each weighing 19 kg) a day, while bigger establishments may use over 10 a day. The cost of a commercial cylinder that was ₹1,081 in May 2020 is now ₹2,063 (November 2021). “The increase is around Rs. 1,000 in a little over a year,” he pointed out.

Mr. Rao told The Hindu that the hotels’ associations had repeatedly represented to the State Government to intervene and control the price hike.