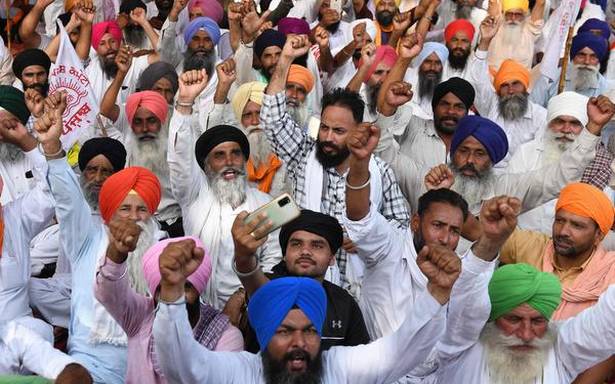 Besides, it appealed to the government-public sector offices to use power judiciously and switch off air conditioners.

Chief Minister Amarinder Singh separately ordered curtailment in the timings of State government offices from July 2 and cutting down of supply to high energy industries with immediate effect. The offices will function from 8 a.m. to 2 p.m. till further orders, said an official statement.

The PSPCL decision invited sharp criticism from political parties and farmer outfits as power shortage could hit ongoing paddy sowing. Punjab farm unions have issued an ultimatum to the State government to ensure at least eight hours of supply to farms by July 5. The announcement came after a meeting of 32 unions at the Singhu border.

“The paddy crop is drying up, while farmers are trying to save their crops by burning expensive diesel,” said a joint statement of the unions. If the power supply is not streamlined, they threatened to gherao Chief Minister Amarinder Singh’s Moti Mahal residence in Patiala on July 6.

In a statement, the PSPCL said it is facing problem in meeting the demand of more than 14,500 Plus MW due to prolonged dry spells (delayed monsoon), paddy transplantation and shortage owing to failure of one unit of the Talwandi Sabo thermal power plant in Bathinda district.

The PSPCL said in view of the unprecedented situation, it is appealing to all officers and officials working in various government departments, boards and corporations to make judicious use of electricity for the next three days. The employees are advised to avoid using multiple AC unitswhich will also reduce electricity bills.

Former Minister and ex-BJP Punjab president Manoranjan Kalia said after domestic and farming sector now the Isndustry has started to face the brunt of the callous working of Captain Amarinder Singh-led government. He said the PSPCL order came around 8 a.m. on Thursday when the Industry had already started working, thereby causing a huge financial loss of the raw material in process.

Shiromani Akali Dal (SAD) president Sukhbir Singh Badal said the party cadre would hold protests outside the PSPCL offices on July 2 to demand restoration of supply for both the agricultural and domestic sector. He said the situation was such that the government was even punishing the industrial sector for its deliberate failure to augment supply during the peak load months.