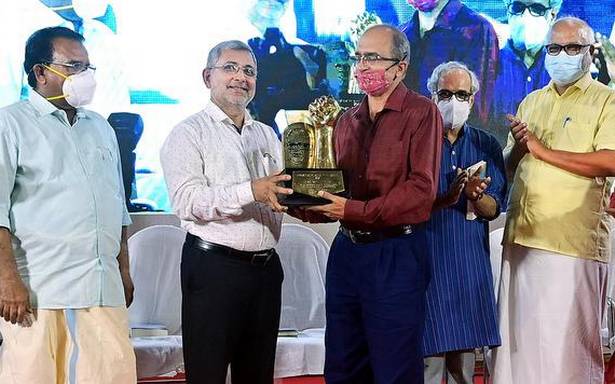 Civil rights lawyer and activist Prasanth Bhushan has called for reforms to protect the independence of the country’s judiciary which ‘faces the threat of collapse.’ He also advocated the need to critique the actions of the judiciary to enhance accountability.

Mr. Bhushan, held guilty of contempt by the Supreme Court for tweets against the Chief Justice of India last year, said citizens should not be deterred by the threat of contempt. “It is our duty as citizens and as masters of a sovereign democratic republic to point out the mistakes of the judiciary,” he said.

He also suggested various judicial reforms, including implementing the Gram Nyayalaya Act of 2008 to establish courts at the grassroots level to provide justice to the citizens at their doorsteps.

Public campaign is also necessary to increase the strength of the judiciary and to establish more courts.

Mr. Bhushan also demanded a ‘better system’ of selecting judges to prevent the ‘selection of incompetent people’. Instead of assigning the task to the Supreme Court collegium, an independent full-time judicial appointments commission must be given the responsibility. Another commission must be set up to hold judges accountable for their actions since the existing system of impeachment lacked teeth.

He said the Master of Roster system in courts should be abolished to enable judges to function independently. “The government has subverted the independence of the judiciary through the lure of post-retirement jobs. The possibility of the misuse of practices such as the Master of Roster must be weeded out,” Mr. Bhushan said.

Mr. Joseph said the judiciary must introspect whether it has remained steadfast to the Constitution.

The time has come to revisit the ‘Restatement of Values of Judicial Life,’ a charter of judicial ethics adopted by the Supreme Court in 1997, which serves as a guide to an independent and fair judiciary, he said.

Mr. Joseph said a person was not fit to remain a judge if he or she cannot independently and impartially discharge duties in adherence to the Constitution unmindful of their personal opinion.