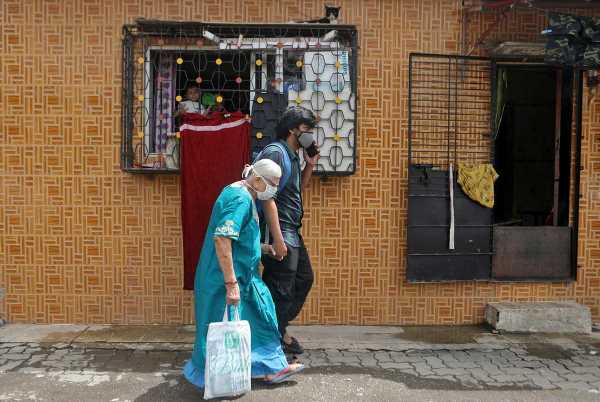 ‘You will still want to take all the necessary precautions, which is the right thing to do.’

We are facing the start of a sultry and, perhaps, deceptive pandemic lull.

The COVID-19 virus, with its wretched spiky headgear, has taken a break from inflicting its very worst.

Lulls can be dangerous.

Because they give no indication of what’s to come in the days ahead.

And lulls are sufficiently quiet and uneventful to lure us, trick us, fool us into letting our guard down and believing, with a sigh of relief that’s unfounded, that things are getting normal again. That ordinary life is returning.

That would be a mistake. While there is a vital need to normalise our life, we need to do it with caution intact, even if we are vaccinated.

You might be fully vaccinated, but because you are not living in a highly vaccinated area/country, your life cannot go back to normal.

The more unvaccinated folks, the more unmasked folks and the more disease continue to be around you, the more important it is to keep your levels of precautions status quo, even if you are vaccinated.

Need to hear more? Or know why?

Respiratory disease, lung specialist and epidemiologist, Dr Lancelot M Pinto, who consults at northcentral Mumbai’s P D Hinduja Hospital and Medical Centre and who spent nearly 11 years working and qualifying at the McGill University Medical Centre, Montreal, advocates firmly: “There’s no question of lowering our guard or or being secure in the fact that we have received two doses.”

He speaks reasonably and measuredly about the mechanism of waves, vaccination, post-COVID-19 lung care and who can be affected by the pandemic, post vaccination, in Part II of his interview to Vaihayasi Pande Daniel/Rediff.com. 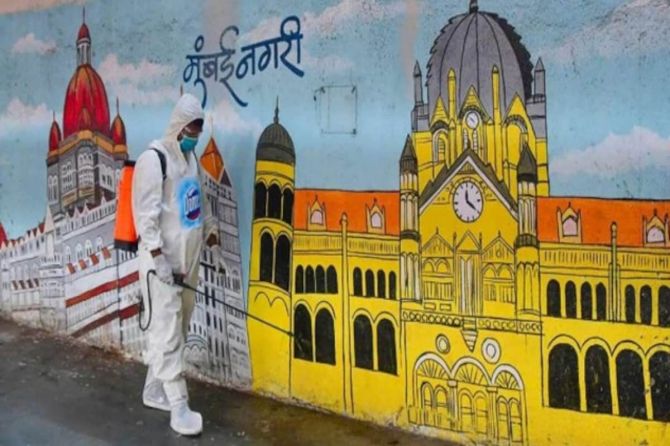 One wonders how a wave dies down.
Does a wave die because something about the nature of the virus changes?

This man (a mathematician working on COVID-19 issues) Murad Banaji, he’s a modeller.

He did a thread (on Twitter) on what a wave actually is. If I remember right, the summary of it was that it is not one wave. It is a bunch of micro waves, that are happening at different micro levels.

If it’s a small town you’re looking at — there will be a peak, but then people will possibly pass away, people will realise that there is a problem, people will change their behaviour accordingly at a micro level.

What we tend to see as a wave is a sum total of a lot of these small waves, which actually occur.

I think that the dying down of a wave is not is not a macro phenomenon that happens across a population. It happens in small communities.

Eventually, the existing cases in that apartment building will recover or go through the whole experience of COVID-19 and the others, because they change their behavior so dramatically, do not get infected during that period.

Then you open it up, and there’s a possibility of it smoldering again. And that smoldering gradually builds up into the next wave eventually.

I don’t think it’s necessarily always the virus itself. If you look at the original SARS-CoV-1 pandemic (2002-2004), towards the end of it, I think the virulence decreased significantly from what it was before.

Because if too many people die, that’s a dead end for the virus, right? The virus is not able to transmit.

Which is why I think this time around, everybody agrees about the fact that the transmissibility of this current Delta variant was a lot more.

But, I think, the jury’s out on whether there was any change in the virulence at all. It was just that the denominator grew to such an extent that the numerator clearly looked much larger — larger than the first time around*. 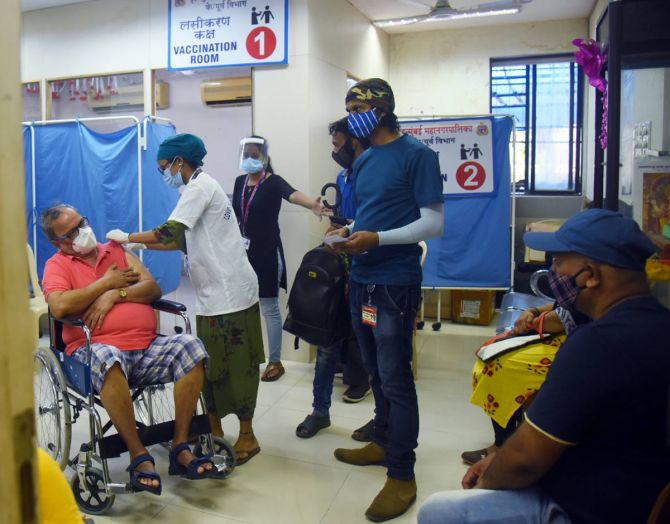 There was a social media post by an American doctor about how one is less likely to get COVID-19 and spread it to others once one is vaccinated.
In India, the scenario is a little bit different in that since the efficacy of Covishield is about 70 per cent, that means of 100 people, 30 people may not get the adequate protection from Covishield and can die too.
Given our numbers and given the rate of COVID-19 positivity floating around, that’s a lot of people who are not going to be protected. That is why one is seeing a lot of people who have had vaccinations actually dying.
Is that what it is or have I got it wrong?

No. The consistent message has been the probability of severe disease or dying is reasonably low.

The 30 per cent is the chances of them getting infected, which is why most of us have often told people that if you hear of people getting infected, after two doses, don’t be surprised. That’s going to happen.

It’s going to be a relatively common phenomenon given the fact that 30 per cent (of all Indians) is a big number. All of us are going to hear of people getting infected after the two doses.

And if you start asking that question, I think the fraction is extremely tiny. I don’t think it’s a big number.

I think the initial data for India as well, which comes from healthcare workers, published from CMC Vellore, suggests that the risk of death is extremely tiny.

That’s the messaging that we need to constantly tell people, because that’s seems to be consistent across vaccines, across the world: That you will/can get infected, a significant proportion of the population will get infected despite two doses, but the probability of having bad disease is low. 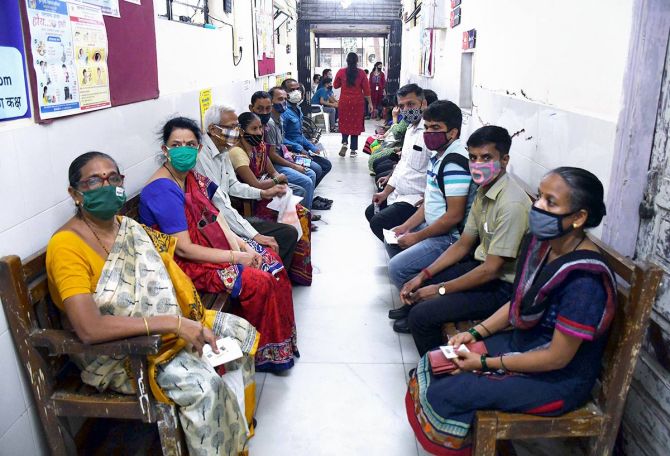 But in India, since there is still a lot of positivity of COVID-19, around us, in our environment, even though we are vaccinated, we have to be extremely careful.
The CDC is telling people in the US that people who are vaccinated can meet, but it’s not like that for us.
Here since we are so exposed to so much COVID-19 positivity and unvaccinated people, we have to be much more careful? Would you say that?

Exactly what you’re saying — so you receive your two doses and there is this 70 per cent efficacy, which means that a significant chunk of individuals will still be vulnerable to a COVID-19 infection.

Now they may not die, but they will pass it on to others. Right?

So, you’re absolutely right. There’s no question of lowering our guard or or being secure in the fact that we have received two doses. Unless you are completely indifferent to what happens to people around you.

You can rest in the assurance that the probability of you getting hospitalised or dying, once you receive the two doses, is low.

But if you are sensitive enough to not want to give it to others, when you get infected, you will still want to take all the necessary precautions, which is the right thing to do. 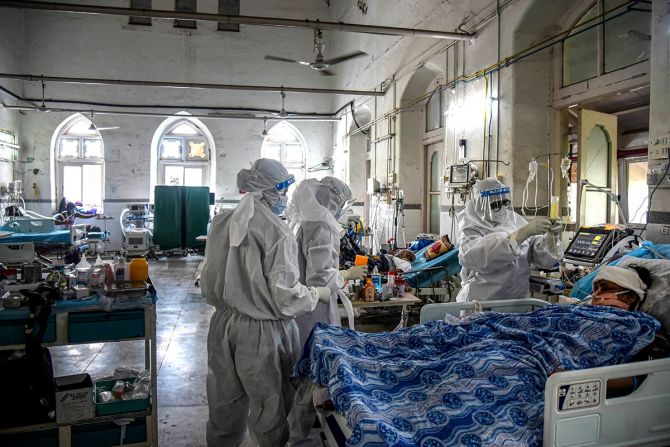 You must be dealing with many long-haul COVID-19 patients. You must have also dealt with all kinds of pretty difficult cases. Any particular cases, or, in your own work, any personal observations about these difficult cases, or the long-haul cases?

We’ve had a couple of patients, who’ve been discharged, and then have had clots after getting discharged. That got us sensitised to the fact — even guidelines are reflecting — that you might need anticoagulation for a month or so, even after you get discharged from hospital, because the inactivity tends to predispose you to clotting.

Most individuals tend to do well, despite having significant lung damage at the initial point, which is reassuring.

Most individuals at six months and nine months down the road have recovered a significant chunk of their lung function.

The other trend that I’m seeing a lot of now — left, right, and center — is the prescription of these drugs called antifibrotics. There’s a drug called nintedanib and another pirfenidone. Both of these are used in idiopathic pulmonary fibrosis**.

Lung fibrosis is a condition which is progressive. And we don’t understand it completely.

People (doctors) have just spilled over that concept (randomly cross-applied) that if it works in progressive lung fibrosis, it will work in COVID-19-associated fibrosis. And to the best of my knowledge, there is no data suggesting this to be true.

Yet, these drugs are being prescribed left, right and centre, right now. Almost everybody whose needed oxygen in the hospital, and is getting discharged, I see these drugs on their prescription.

Most individuals get better with that.

I just hope that this over-prescription of these drugs (antifibrotics) in the recovery phase does not interfere with that. 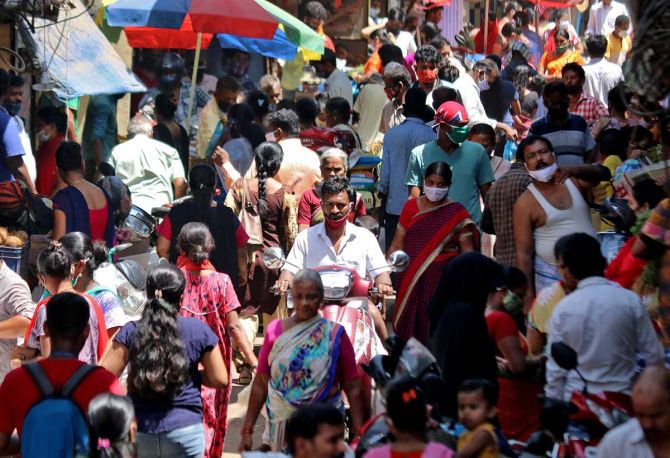 There is a lot of discussion about a third wave. Some say four, five, six waves. Many waves. Small waves. Big waves. But that we cannot predict.
There was this huge amount of hubris and confidence that we were going to escape the second wave which was disastrous.
In your view, as a doctor working in Mumbai, do you think that we have overcome some of those mistakes and we realise we need to be careful, prepared and aware? 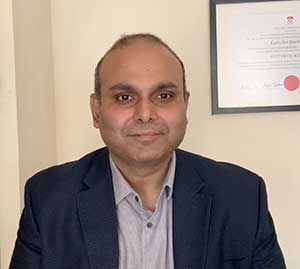 I certainly hope so.

Somebody spoke with me yesterday saying that Maharashtra is already augmenting its oxygen capacity, already thinking of augmenting the number of beds in preparation for the third wave.

That kind of foresight will be very useful.

At the same time, we need to be a little cautious about not making some of the mistakes that we made the first time around.

There’s always going to be a fine line and a delicate balance with the economics. You can’t be locked down forever.

But at the same time, some things like overcrowding, like improving ventilation in closed spaces, we should have done with the knowledge that we had from the first wave. Let’s hope that they don’t make the same mistakes again.

If I give you a random example, from what I read, if you’re getting married, you’re allowed 50 people in a gathering. But if there’s a funeral, there are 20 people allowed.

If you think about it, in terms of safety, it would possibly be safer to have a larger number outdoors, than a larger number indoors. There is sentimentality associated with this, emotions and stuff, which has to be taken into account, when making these decisions, at the same time, this may not necessarily be the best time (for indoor gatherings).

This is going to be key. The learnings from the earlier waves, in terms of superspreader events, in terms of ventilation, in terms of masking. That will be key in preventing the next wave. 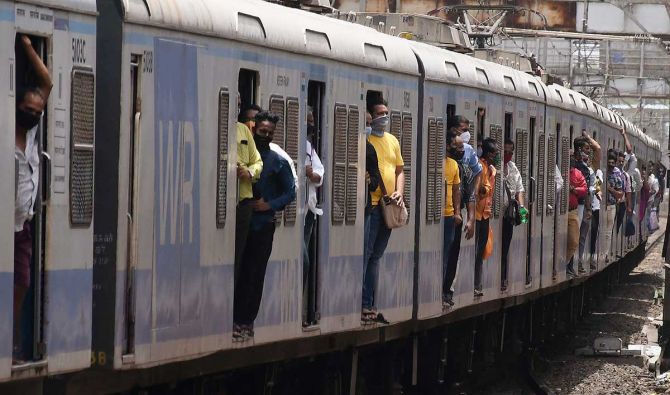 But do you feel that people have understood this?

No, I don’t think we can expect people to do much.

Regulations need to be in place to prevent stuff.

It’s not just being critical of people. It’s the fact that economics is involved. At the end of the day people have to earn their living.

So, people will keep pushing their limits, because there is an incentive to push your limits in terms of making money and earning your living.

Regulations need to be in place to prevent events which are likely to cause spread.

**A chronic, progressive lung disease which results in scar tissue or fibrosis building up in the lungs, and prevents the lungs from transporting oxygen into the blood efficiently.