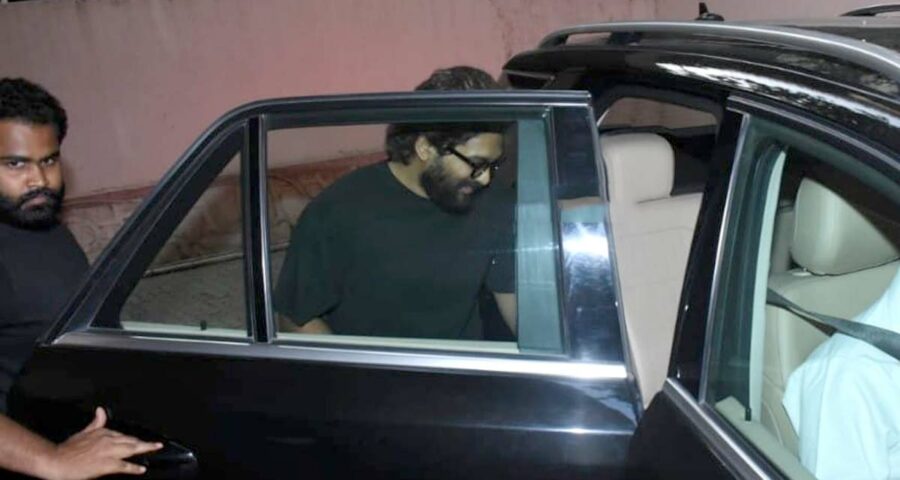 Stylish star Allu Arjun is currently enjoying the success of his recently released movie Pushpa: The Rise which was released last year in the month of December.   Now all eyes are on its second part- Pushpa: The Rule, which will hit the theaters this year by the end of December.   If ongoing buzz in the media and the film industry are to be believed, Stylish Star Allu Arjun will be seen working with a top Bollywood film maker  Sanjay Leela Bhansali.

Yesterday Allu Arjun was spotted outside Sanjay Leela Bhansali’s office. He was seen wearing a casual black t-shirt that he teamed up with matching loose pants and flip flops.  Now everyone is expecting that Bunny is planning to team up with Sanjay Leela Bhansali for a project. Let’s wait for the official announcement regarding this project.

On the otherside, Sanjay Leela Bhansali has been receiving a lot of appreciation for his recent release ‘Gangubai Kathiawadi’ in which Alia Bhatt is playing the female lead.  Now he is all set to helm ‘Baiju Bawra’ in which Ranveer Singh will play the lead role.  The upcoming film will marks his fourth collaboration with Ranveer Sing after ‘Goliyon Ki Raasleela – Ram Leela’, ‘Bajirao Mastani’ and ‘Padmaavat’.