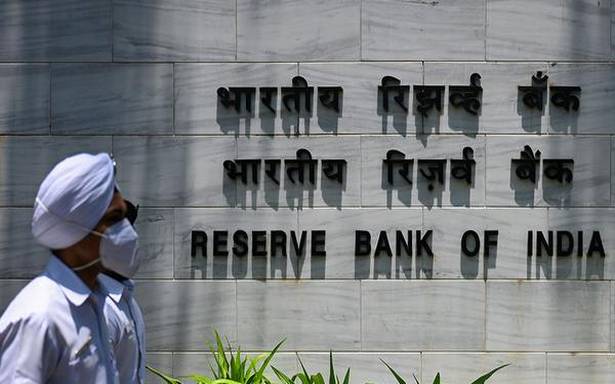 The Reserve Bank of India (RBI) on Friday said it was halting its bond buying under the G-Sec Acquisition Programme (GSAP) for now, with Governor Shaktikanta Das stressing that the measure had succeeded in ensuring adequate liquidity and stabilising financial markets.

“Coupled with other liquidity measures, it facilitated congenial and orderly financing conditions and a conducive environment for the recovery,” Mr. Das said after announcing the Monetary Policy Committee’s decision to keep interest rates unchanged and retain an ‘accommodative’ policy stance.

“The total liquidity injected into the system during the first six months of the current financial year through open market operations (OMOs), including G-SAP, was ₹2.37 lakh crore, as against an injection of ₹3.1 lakh crore over the full financial year 2020-21,” he noted.

“Given the existing liquidity overhang, the absence of a need for additional borrowing for GST compensation and the expected expansion of liquidity in the system as Government spending increases in line with budget estimates, the need for undertaking further G-SAP operations at this juncture does not arise,” Mr. Das added.

The RBI, however, remained ready to undertake G-SAP as and when warranted by liquidity conditions, and would also continue to flexibly conduct other liquidity management operations including Operation Twist (OT) and regular open market operations (OMOs).

Stating that the growth impulses seemed to be strengthening, supported by ebbing of infections, the robust pace of vaccination, expected record kharif foodgrains production, the government’s focus on capital expenditure and buoyant external demand, Mr. Das said the inflation trajectory was also turning out to be more favourable than anticipated.

The RBI retained its growth forecast for this fiscal at 9.5% and cut its projection for average inflation for the full year to 5.3%, from 5.7% earlier, even as it flagged core inflation that ‘remains sticky’. Elevated global crude oil and other commodity prices combined with an acute shortage of key industrial components and high logistics costs, were adding to input cost pressures, it added.

“Headline inflation continues to be significantly influenced by very high inflation in select items such as edible oils, petrol and diesel, LPG and medicines,” the RBI Governor said.

“Like many other central banks, the RBI is signalling a gradual move towards ‘normalising’ its monetary policy as the economy emerges from the shadow of the second wave,” Crisil Research said in a report.

“We expect this normalisation to continue in the coming months and a hike in the repo rate by 25 basis points by fiscal 2022-end, assuming strengthening economic recovery and elevated inflation risks,” it added.