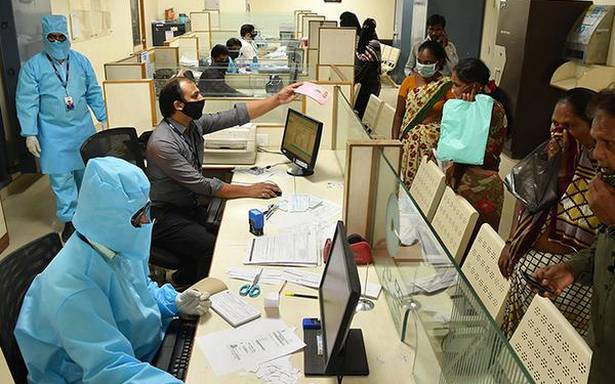 Scheduled commercial banks would need a higher capital cushion to deal with challenges on account of the ongoing stress experienced by borrowers as well as to meet the economy’s potential credit requirements, the Reserve Bank of India (RBI) said in its Report on Trend and Progress of Banking in India 2020-21.

“Concerted strategies for timely capital infusion need to be carried forward by the banks,” it said in the report released on Tuesday.

However, it said based on the capital position as on September 30, all Public Sector Banks (PSBs) and Private Banks (PVBs) maintained the capital conservation buffer well over 2.5%.

Emphasising that in India, most pandemic measures had a well-specified sunset clause — some having run their course during the year — it said the impact of these measures on banks’ financial health was not immediately clear and could be fully fathomed only after passage of time.

It said as a fallout of the pandemic and the slowdown in economic activity, the credit growth of scheduled commercial banks (SCBs) remained subdued in FY21 but that non-banking financial companies (NBFCs) had stepped up to fill this space.

“In [the first half of] 2021-22, although credit growth of SCBs has shown some uptick, concerns have emerged about NBFCs’ asset quality,” it added.

The RBI said in the wake of the pandemic-related lockdowns in FY21, supply chains had frozen, and demand had declined, with economic agents conserving cash with a precautionary motive. This had resulted in a sharp decline in credit growth even as deposits increased.

“A closer look at granular data, however, reveals a more nuanced picture. Credit growth is muted, indicative of pandemic scarring on aggregate demand as also risk aversion of banks. Banks’ asset quality may get dented, going forward,” it said.

As the pandemic situation was dynamic, the regulatory response would be calibrated in response to the evolving situation, it said.

Stating that it had announced Resolution Frameworks 1.0 and 2.0 to provide relief to borrowers and lending institutions, it said as support measures start unwinding, some of the restructured accounts might require higher provisioning by banks over the coming months.

As per the report, the consolidated balance sheet of SCBs accelerated during FY21, notwithstanding the pandemic and the contraction in economic activity in the first half of the year. Deposit growth on the liabilities side was matched by investments on the assets side; however, credit offtake remained subdued,” it said.

“Supervisory data suggest that while nascent signs of recovery are visible in credit growth, deposit growth has slowed down in 2021-22 so far,” it said.

FY11, while PVBs had been improving their share, it said.

In FY21, deposit mobilisation by SCBs was the highest in seven years, mainly contributed by the low-cost current account and savings account deposits. In the first half of FY22, there was a moderation in deposit growth with normalisation of economic activity and rising inflation, it said.

For the last three years, private non-financial corporations had been net savers, progressively increasing their deposits with SCBs while their credit offtake had remained anaemic, it added.