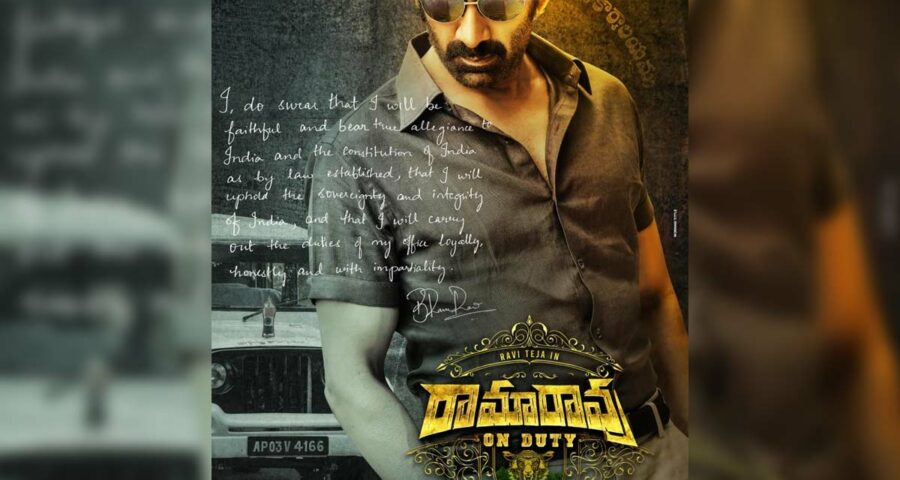 It is known that currently Mass Maharaja Ravi Teja is working with Sarath Mandava for a film #RT68, which has been titled Ramarao On Duty.  Few days ago, the makers revealed the title and also released the first look poster that grabbed several eyeballs.  According to the latest buzz in the film industry, Ravi Teja starrer Ramarao On Duty is either based on Mining Mafia or Red senders mafia.

The poster indicates that Ravi Teja is playing the role of a government officer . The first look poster also  features a car that bears Chittoor registration number plate and it gives a hint that it is a government vehicle.

There are some containers’ reflections in the goggles of Ravi Teja. It means, the upcoming drama is based on the mafia. Now we have to wait and see whether the movie has the backdrop of the Mining mafia or Red Sanders mafia.

The makers of Ramarao on Duty  are currently shooting for the film in Hyderabad.  Ravi Teja starrer marks the directorial debut of Sarath Mandava and the production debut of Ravi Teja’s RT Teamworks.  Backed by Sudhakar Cherukuri, Majili fame young diva Divyansha Kaushik is on board to play the female lead role .