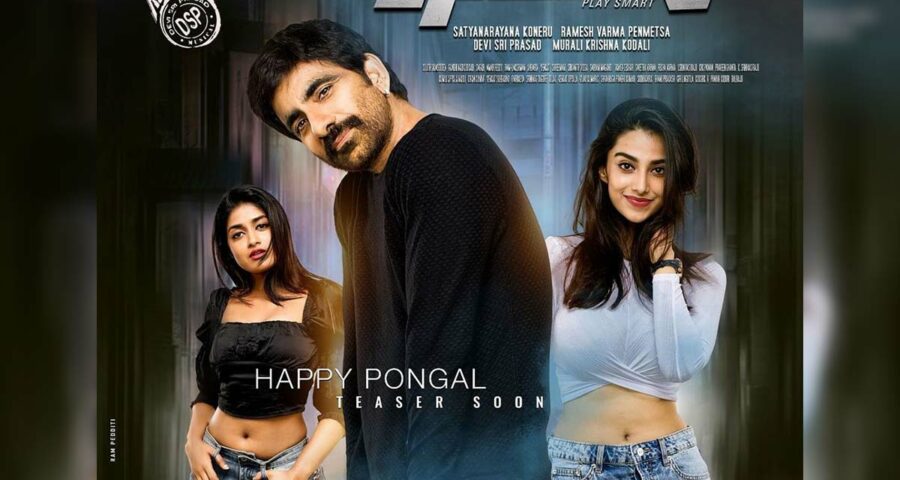 Mass Maharaja Ravi Teja is currently working with Ramesh Varma for an upcoming action entertainer Khiladi in which he is playing the dual role. The film Khiladi has two leading ladies- Meenakshi Chaudhary and Dimple Hayathi. Khiladi is being bankrolled by Satyanarayana Koneru and it has the music by Devi Sri Prasad. According to the latest reports,  Khiladi star Ravi Teja shot for a lip-lock scene with B town actress Meenakshi Chaudhary.

Apparently,  Mass Maharaja Ravi Teja was hesitant to shoot the  lip-lock scene with Meenakshi Chaudhary  but when the director Ramesh Varma convinced him, he agreed  and the sources say that scene has come out very well.

Currently Ravi Teja is enjoying the success of his recently released movie Krack in which he is sharing the screen space with Shruti Haasan. The film Karck has emerged a Sankranthi winner, is currently running successfully at the box office.  Ravi Teja and Gabbar Singh fame Shruti Haasan starrer also stars Varalaxmi Sarathkumar and Samuthirakani in pivotal roles.

The action entertainer is directed by Gopichand Malineni and produced by B  Madhu under the banner of Saraswathi Films Division. According to the makers, Krack has an original story based on several true incidents that happened in the Telugu State.