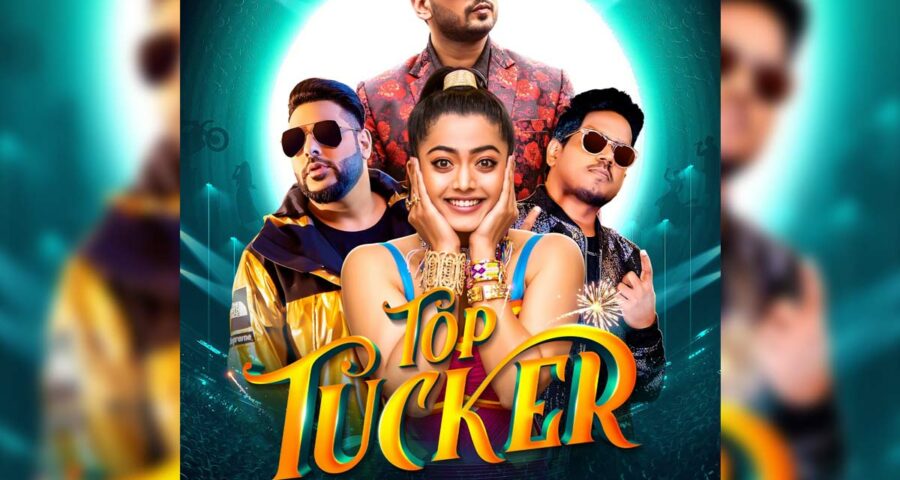 Karnataka Crush Rashmika Mandanna  who  has delivered a series of hit movies in South Indian film Industry, is set to spread her talent wings even in the music world.  We have already reported that she has teamed up with Indian rapper Badshah for a music video and  she is also busy in the shoot of this music video.  Finally the South girl Rashmika Mandanna has officially teased  her fans with the first look poster of the musical treat that also is going to feature rapper Badshah.

The music video, Top Tucker is produced by Saga Music and YRF and the poster does not reveal the release date of the song but reveals it will be out on  the  YouTube channel  of YRF soon. Currently Dear Comrade actress  is in Mumbai for the  t shoot of her upcoming Hindi film Mission Majnu, which marks her debut in Bollywood.

Mission Majnu is inspired by real events and is set in the 1970s and it is directed by Shantanu Bagchi. The makers have already released the first look poster of Mission Majnu.