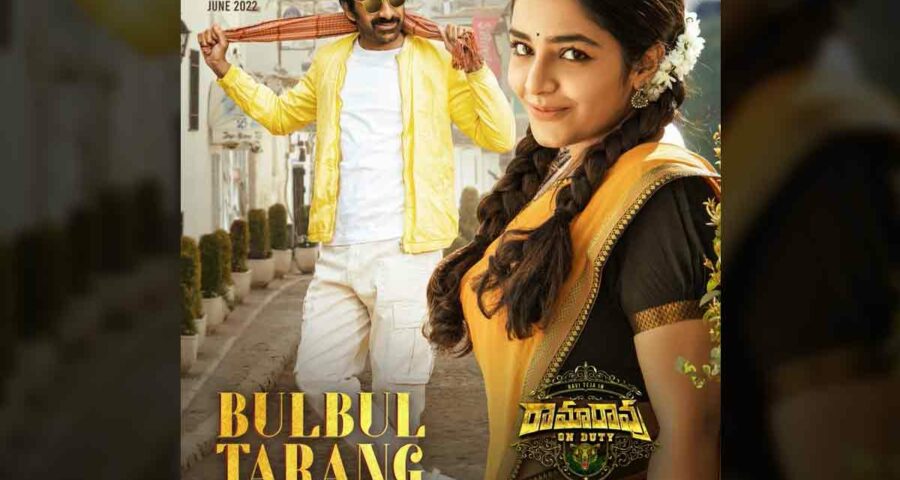 Mass Maharaja Ravi Teja is currently busy in his upcoming action thriller Ramarao On Duty, which is being  directed by first-timer Sarath Mandava and is produced grandly by Sudhakar Cherukuri under SLV Cinemas LLP and RT Teamworks. The makers of Ramarao on Duty started the promotional activities and today on the occasion of Sri rama Navami, the makers released the first single Bulbul Tarang which is  composed by Sam Cs.

Ravi Teja and Sarath Mandava film Ramarao On Duty is full of action. The song Bulbul Tarang shows the romantic side of Ravi Teja  and his chemistry with Rajisha Vijayan is interesting. Their sparkling chemistry makes this song Bulbul Tarang look more captivating. Ravi Teja looks energetic and Rajisha Vijayan  is cute in half saree. The interesting part is both behave like kids to show their excitement of spending the time together.