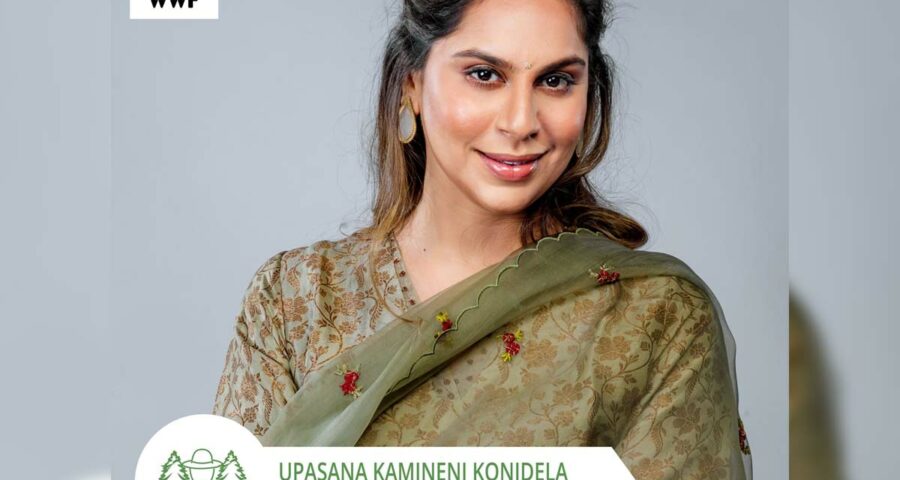 According to the latest report, Upasana Kamineni Kondinela has been chosen as WWF India’s Ambassador of Forest Frontline Heroes (India).   WWF India’s Twitter handle confirmed the same by sharing a post, “The forest heroes perform challenging tasks conserving and restoring forests and protecting their denizens. We look forward to Upasana’ support in highlighting their extraordinary work.

As part of this, Upasana Konidela, who was into hospital sectors was picked as she is aware of the heroics of Frontline workers.  The star wife said she is humbled and grateful to be a part of the noble cause to highlight the work being done by the Forest heroes.

Mega daughter in law Upasana Kamineni Konidela  is an evident animal lover and she often fights for animal rights.

On the work front, Ram Charan is working for his production venture  Acharya in which Megastar Chiranjeevi is playing the lead role and romancing Kajal Aggarwal as the leading lady. Apart from Acharya, Ram Charan is also working with Rajamouli for RRR.