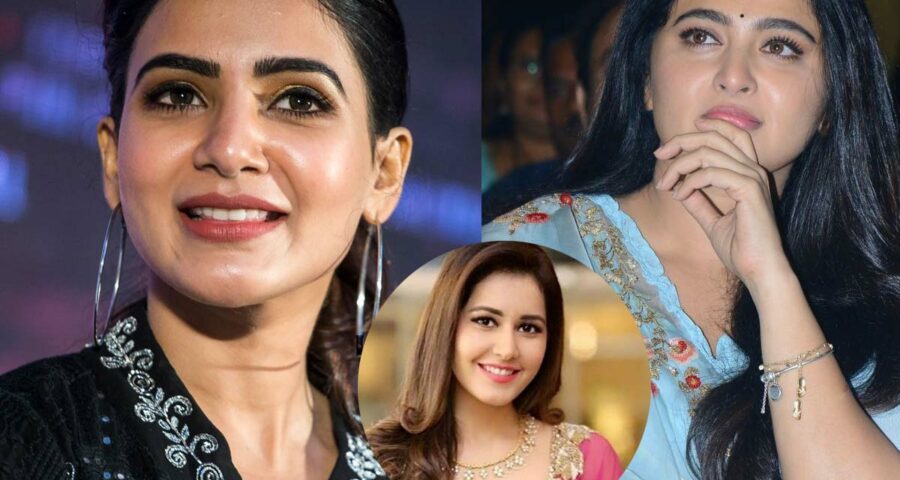 Raashi Khanna is one of the most-loved and popular South actresses. She made her debut in Telugu film Oohalu Gusagusalade  which was released in 2014. She has established herself as one of the leading actors of the South film industry.

She is known for acting in Supreme, Jai Lava Kusa, Raja the Great, Tholi Prema, Prati Roju Pandage and World Famous Lover.   She made her acting debut  in Bollywood with Shoojit Sircar’ Hindi film ‘Madras Cafe’ in 2013. Recently during the media interaction, Raashi Khanna  opened up about patriarchy in the film industry and also spoke about Samantha Akkineni and Anushka Shetty.

Venky Mama fame actress Raashi Khanna said, “It is still a male dominated industry but I think  the women are making their way ahead considering the new kind of movies that are coming. If you want to stay for long in the Telugu film industry, you have to be a good actor like Samantha Akkineni or Anushka Shetty. These are the  heroines who are changing the way people are looking at actresses down South, which was not there earlier. Previously, the heroines were expected to be beautiful and dance well in  the song sequences. But now, they are required to act or perform.”

World Famous Lover actress Raashi Khanna added, “There is patriarchy in the film industry but the women continue to show their talent and grow in this industry.”