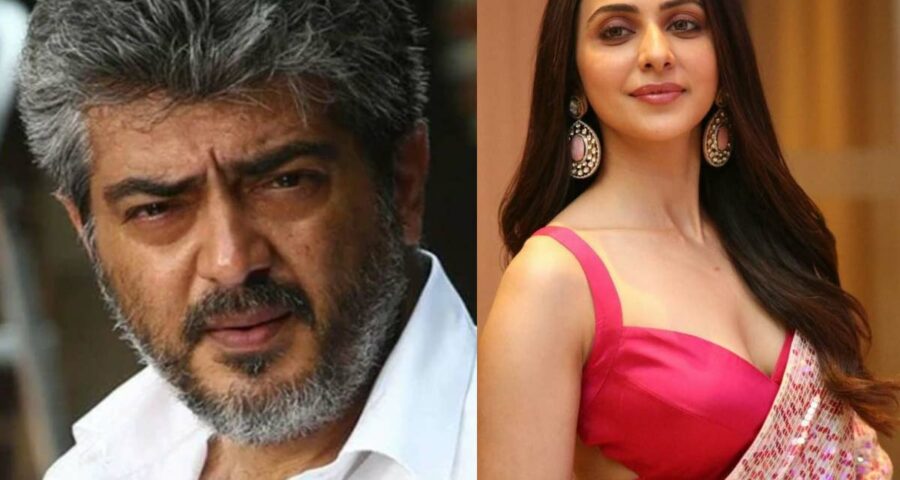 Rakul Preet Singh focuses on other industries, whether Telugu movies seem to be declining. This beauty who first entered Bollywood.. then looks towards the Tamil industry. That is why she is signing a series of films. It is rumored that Rakul has said OK to act opposite Tamil star hero Ajith in this sequence. It is said that an official announcement regarding this movie will be coming soon.

As mentioned earlier Rakul Preet Singh is on a good run in Bollywood. Talk about starring in the above five movies there. Apart from this there are three other Tamil films. Ajith’s film is said to be the ninth of these. It is known that a movie in Ajith – H Vinod combination has been announced recently. It is said that Rakul Preet Singh was taken as the heroine in the movie itself.

Ajith – Vinod Kumar movie shooting is going on fast in Hyderabad. The entertainment team approached Rakul for the lead role in this film. In this order the story discussions have already been completed. It is said that Rakul agreed to do the film as she liked the script. The film is shaping up to be a different kind of action thriller. This film is produced by Bonnie Kapoor and voiced by Gibran.

‘Runway 34’ starring Rakul is ready for release. This film, starring Amitabh Bachchan and Ajay Devgn, is set to release on the 29th of this month. Apart from these, In Tamil, she is starring in ‘Ayalon’ and ’31 October Ladies Night ‘. Kamal Haasan’s ‘Indian 2’ is pending. It is known that this film was stopped after some shooting.