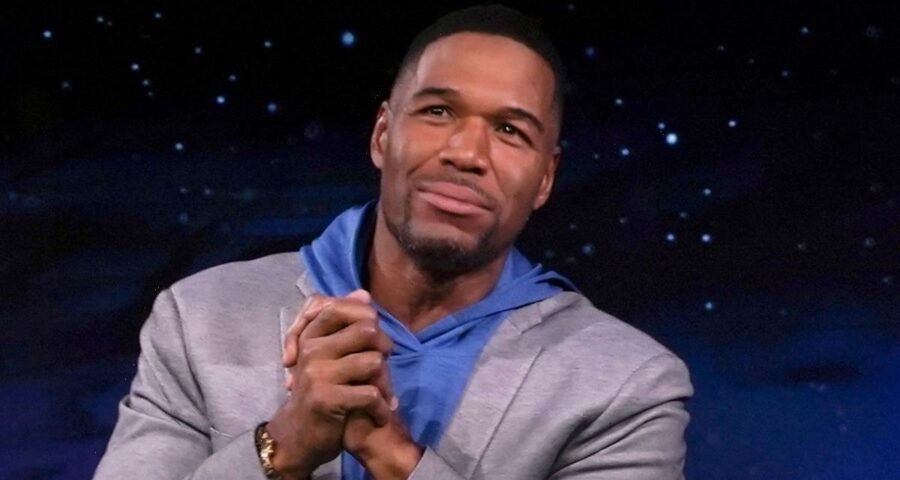 Michael Strahan was an important part of the incredible celebration that took place on Times Square on Thursday morning for co-star Robin Roberts.

He joined in with the ABC cast to celebrate 20 years of Robin on Good Morning America, and also was part of a series of tribute messages for the TV personality.

He even made Robin emotional when he relayed the story of how she supported him when he first joined the morning news show.

“I was feeling overwhelmed,” he mentioned as he opened up about his early days on GMA. “And we were some place together, and she looked at me and she just said ‘you belong here.'”

He continued: “‘You belong here and don’t you forget that.’ And she doesn’t realize how forever indebted I am to her with just those few words in that one crucial moment in that life.”

“And I am so thankful for her, because I know that I’m not here without her.”

Michael and others paid an emotional tribute to Robin

The testimonial left an already emotional Robin in tears as she choked up and grabbed on to Michael’s hand as he sat next to her for support.

He also talked earlier in the segment about what his working relationship with Robin was like, how they’d always love to have a good time together and their penchant for breaking out into song and dance.

MORE: Michael Strahan has fans in stitches as he shares new video from his home in New York

Michael also opened up about her impact on the team, saying: “She makes me want to be a good teammate. For someone who’s been in this business for as long as she has, to still have this energy about her that’s like she’s here for the first day.”

The clip was part of a larger celebration for the former sports reporter as she marked 20 years on the popular morning show, having become one of the most beloved personalities in daytime news since then.

It also included messages from figures such as Michelle Obama, India.Arie, Luke Bryan, Diane Sawyer, and her other co-stars from the show.