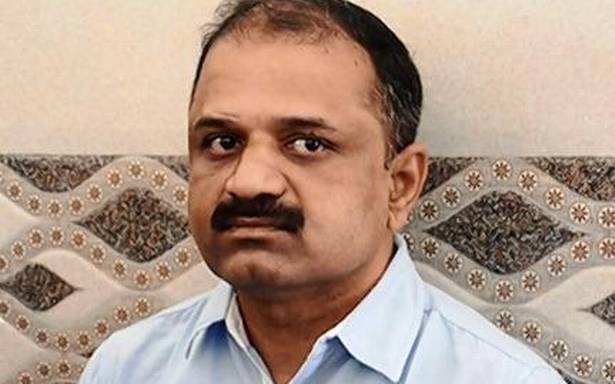 A.G. Perarivalan said the State Public Information Officer is liable for action under the RTI Act

Aggrieved over not being provided with information relating to his mercy petition, A.G. Perarivalan, one of the life convicts in the former Prime Minister Rajiv Gandhi assassination case, has filed an appeal against denial of information pertaining to his “Life and Liberty” and said the State Public Information Officer, Raj Bhavan, was liable for disciplinary action for not responding to his plea under the Right to Information Act, 2005.

In his appeal sent to the First Appellate Authority, Governor’s Secretariat, Chennai, Perarivalan, presently undergoing his 30th year of imprisonment and lodged at Puzhal central prison here, said he had filed a petition under the “Life and Liberty” clause of the Act seeking a copy of the Tamil Nadu Governor’s order, which was conveyed to the Supreme Court by the Ministry of Home Affairs on February 4, 2021, sending the plea for pardon under Article 161, to the Centre.

In his petition, sent through the prison authorities, the life convict had requested the State Public Information Officer, Raj Bhavan, to provide a copy of the letter handed over in person by Chief Minister Edappadi K. Palaniswami on January 29, 2021, to the Governor requesting the premature release of the seven convicts in the case on the basis of the 2018 Cabinet recommendation.

Seeking to know whether the Governor had obtained any legal opinion from the Law Department or its officers before taking a decision on his mercy petition, Perarivalan wanted a copy of the same, if such advice was taken. He also wanted information in a flow chart manner on the day-to-day progress made on his application with details of the officer/authority who handled the papers with time taken.

Invoking his right to appeal under Section 19 (1) of the Act for not being provided any reply or intimation, Perarivalan said the State Public Information Officer not only failed to send a reply within 48 hours, since his petition pertained to the “Life and Liberty” clause, but also failed to act within the maximum prescribed period of 30 days of the petition and was hence liable for penal action, departmental proceedings and a fine under the provisions of the Act.

“The SPIO ought to have had the courtesy to at least intimate the applicant considering the unique facts and circumstances of the present case wherein the applicant is in prison for about three decades. The inaction of the SPIO shows that he lacks obedience to law…your good office being a superior authority must intervene with the inaction and attitude of the SPIO and direct him to function properly in future, besides directing him to provide the requested information,” the life convict said.

Perarivalan also pointed out that while the President’s secretariat and offices of other Governors displayed information sought under the RTI Act on their websites, he was forced to seek information by way of a written request since no such documents were published on the official website of the Tamil Nadu Governor on the status of petitions under Article 161.