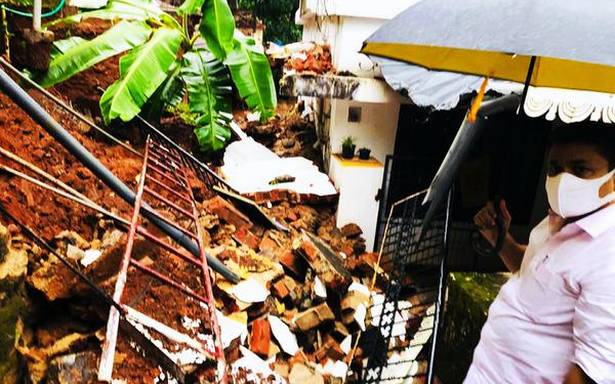 Heavy rain that has been lashing Thrissur for the last two days has been wreaking havoc in the district.

Low-laying areas have been inundated and many trees uprooted.

Power supply was disrupted in many areas after branches of trees fell over them.

Many families at Mattathur panchayat were rehabilitated after the Poovali canal and Valiya canal breached at Vellikkulam.

Many houses were inundated when a temporary bund breached in Thrikkur.

Two houses were damaged at Kizhakkumpattukara after a wall collapsed on them. Many shops are under water near Kurudi bridge at Varantharappilly.

More than 300 poultry birds died after a chicken farm at Konnakkuzhi was inundated.