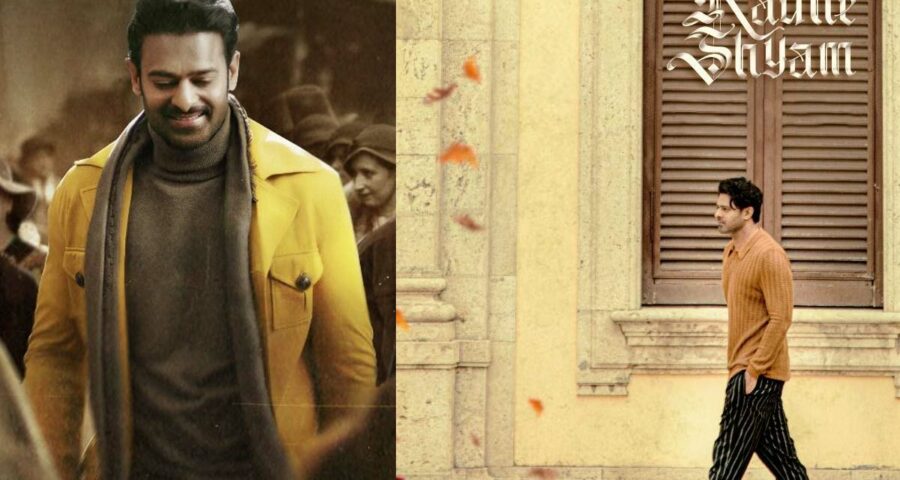 Prabhas and Pooja Hegde starrer Radhe Shyam is an epic love story set in Europe. The movie also features Sachin Khedekar, Bhagyashree, Murali Sharma, Priyadarshi,  Sasha Chettri, and Kunaal Roy Kapur among others and the romantic film will be released in Hindi, Telugu, Tamil, Malayalam and Kannada. According to the latest buzz in the film industry,  the makers of Radhe Shyam spent a bomb on Prabhas’ costumes.  The sources say that almost Rs 6 Cr of the budget goes into the costumes of Prabhas.

In Radha Krishna’ directorial venture Radhe Shyam, Prabhas will be seen in specially designed ethnic wear throughout the film.  The special designers were hired to stitch Prabhas’ costumes.  The sources say that  the romantic drama Radhe Shyam is going to be one of the costliest projects in Prabhas’ career, especially in terms of his costumes.

Thota Vijaybhaskar and Eka Lakhani are the costume designers with Tarannum Khan for the  make up and Roshan as hairstylist. The cinematography is handled by Manoj Paramahamsa and editing  by Kotagiri Venkateswara Rao. Nick Powell handled the action and stunts for the film with choreography by Vaibhavi Merchant and sound design by Rasool Pooku.

Radhe Shyam is produced by UV Creations  and is presented by Gulshan Kumar and T-Series.