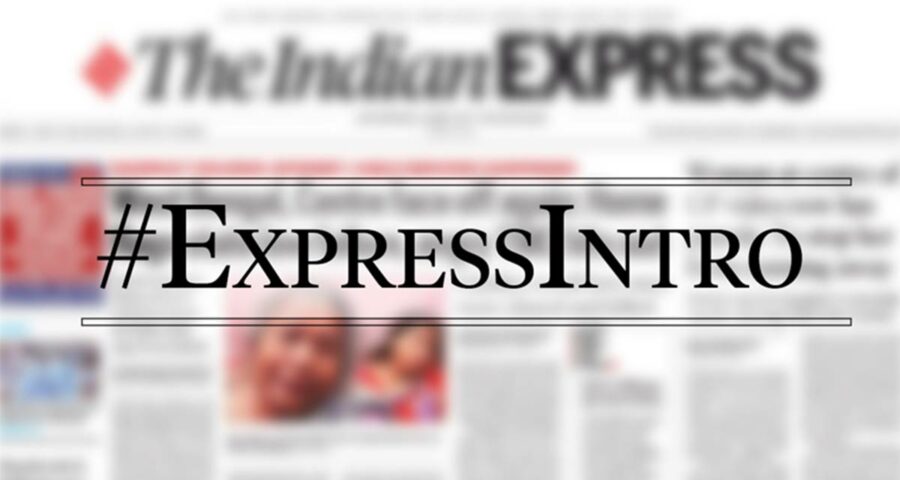 From the Delhi Police arresting 22-year-old climate activist Disha Ravi to Covid-19 cases rising seven-fold in Amravati, here's a look at the top news for today In a move that has been slammed by Opposition leaders as “shocking” and “atrocious”, a 22-year-old climate activist was arrested by Delhi Police in connection to a toolkit tweeted by Swedish climate activist Greta Thunberg on the farmers’ protest. Disha Ravi broke down before a Delhi court and said that she did not create the toolkit and only made two edits to the document. However, police claim she has links to Khalistani separatists.

Only in the express

In this edition of the Idea Exchange, Revenue Secretary Ajay Bhushan Pandey talks about challenges and opportunities of the Feb 1 Budget, says 6.7% tax collection gap will be “narrower” by year-end, asserts investments are coming and discussions are on at various levels, and explains the government’s plan for a bad bank.

The economic cost of wheat and rice sold through the public distribution system (PDS) is budgeted to go up by nearly Rs 3 per kg. But the Narendra Modi government has not raised the Rs 2-3/kg PDS issue prices set by the UPA in 2013. That means the current PDS consumer subsidy would work out to Rs 27.94 and Rs 39.94 for wheat and rice, respectively.

Until a month ago, Amravati city in Maharashtra was recording less than 70 Covid-19 cases a day. On Sunday, it saw 430 new cases, setting a record for highest single day cases this year. What has worried district officials is that entire families are testing positive for Covid-19, although with mild symptoms.

A former BJP MLA was among 17 people arrested over at least two incidents of vandalism in Bhopal on Valentine’s Day. The men, identifying themselves as workers of the Bharatiya Janata Yuva Morcha and Shiv Sena, went on a rampage while holding saffron flags and chanting slogans of Jai Shri Ram.

A “major” terror plot to target Jammu on the second anniversary of the Pulwama attack was foiled, J&K Police said, with the arrest of a nursing student. Police seized an IED weighing around 7 kg from his bag. The nursing student was allegedly planning to target the Ragunath temple, bus stand, railway station or Lakhdata Bazar.

What started as an informal class for 12 children of farmers on January 22 at the Ghazipur protest site has now turned into a ‘pathshala’ attended by children of ragpickers from nearby areas. After January 26, a number of women protesters left the site along with their children. Now, the ‘pathshala’ has over 90 local students, who attend in two batches.

A new World Bank Report on families of victims of fatal accidents point towards a loss of household income and the disproportionate impact on women. Releasing the report on Saturday, Union Road Transport and Highways Minister Nitin Gadkari termed the findings an “eye opener”.

Meet Harith Noah, a 28-year-old who completed the Dakar Rally in Saudi Arabia, a feat so arduous that bikers compare it to scaling Mt Everest. He rode more than 7,500 kilometres in less than a fortnight over sand dunes, rocky roads and valleys for nearly 55 hours for a 20th-place finish, the best by an Indian.

Marking two years after the terror attack in Pulwama, Prime Minister Narendra Modi Sunday paid homage to the 40 CRPF jawans who were killed in the car bombing that targeted their convoy and said that their bravery will inspire generations.

The Congress will not allow the implementation of the Citizenship Amendment Act if elected to power in Assam, party leader Rahul Gandhi said Sunday at an election rally in Sivasagar district.

A total of 12 bodies were recovered on Sunday, a week after a flash flood struck Chamoli district of Uttarakhand. The toll rose to 50.

Gujarat Chief Minister Vijay Rupani, who was in Vadodara to campaign for the Vadodara Municipal Corporation (VMC) elections, fell unconscious at the third venue of his rally, while addressing the gathering.

Clashes were reported from various parts of Punjab as the state witnessed a turnout of 71.39 per cent in local body polls held Sunday.

Remember the stump microphone in Australia picking up India wicket-keeper Rishab Pant’s version of the class Spider-Man theme? Against England in the second Test, we made a compilation of his couplets. Sample these: “Ollie Pope ko Lollipop do”, “Thoda sa aage, Milkha Singh bhaage” and “Ball ghoomega toh yeh jhoomega.”

Delhi confidential: As cricket finally begins to draw back crowds to stadiums in India, the Chennai Test match between England and India got an unexpected onlooker.

In this podcast episode, we talk about the five-day long ED raids on Newsclick, MP Dinesh Trivedi’s resignation from the Trinamool Congress and what it means for the party at this juncture, and Donald Trump’s second impeachment trial.