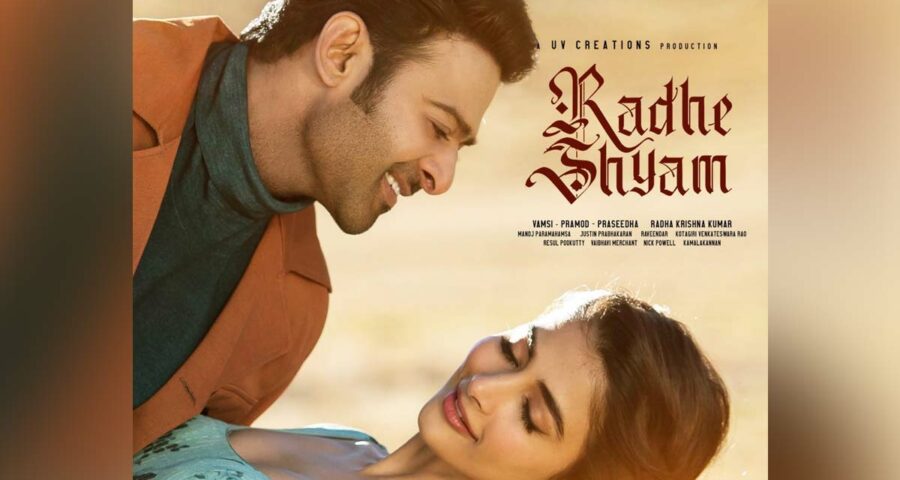 Young Rebel star Prabhas and Pooja Hegde have come together to bring an epic saga of love and destiny – Radhe Shyam which will unfold on 11th March. Currently the team including the lead actors are busy in the promotional activities of this romantic epic saga. Now according to the industry tracker,  the Telugu version of Radhe Shyam has made advance-sales of £71,200 in UK whereas it has crossed $175k from 400 plus locations in USA.

Jeevi tweeted: Radhe Shyam is showing exciting prospects in UK. Just in Odeon Cinemas network, Telugu version of Radhe Shyam has made advance-sales of £71,200. The latest trailer cut is showing a positive effect on the bookings of this Prabhas much anticipated film

He again tweeted: #RadheShyam advance sales are growing a steady pace and the film crossed $175k from 400 plus locations in USA. Will still have 7 days left and with the new trailer keeping the expectations right, we can expect excellent premieres numbers!

Set in Europe of the 1970s, the film  Radhe shyam, helmed by Radha Krishna Kumar, the movie tells the story of Vikram Aditya, a palmist who is conflicted between destiny and his love for Prerana. Kriushnam Raju is playing the role of  Paramahamsa in its Telugu version whereas Sathyaraj is playing the same role in its Hindi version.