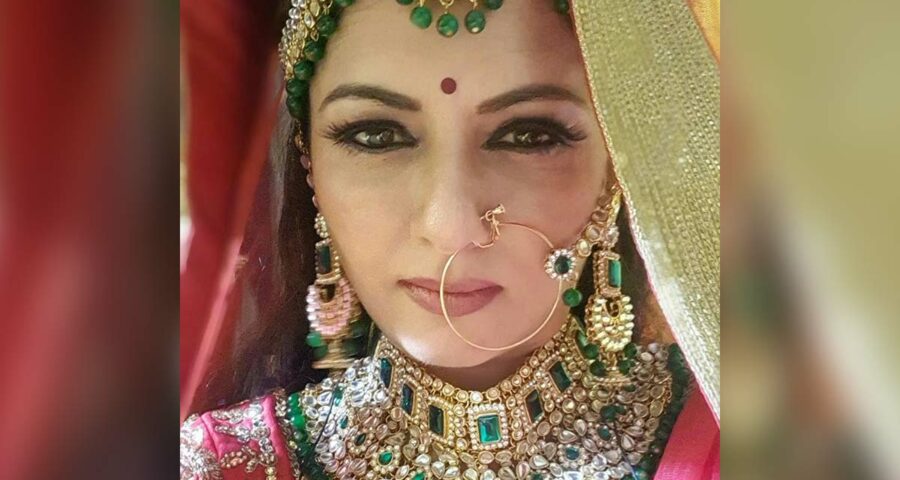 We are talking about Bhagyashree who is playing the role of Prabhas mother in an upcoming much hyped big budget film Radhe Shyam which has Pooja Hegde as the leading lady. Marking the occasion of Navratri, Ayodhya hosts live Ram Leela every year celebrating the different chapters of the mythology. This year, Radhe Shyam Bhagyashree took the opportunity to slip into the character of Sita.

Bhagyashree  played the role of Sita in Ayodhya’s Ram Leela. The stage act took place on 8th October.  The Maine Pyaar Kiya  fame actor recently revealed she had a great time playing the role and also treated her fans with a few glimpses of the act.

Bhagyashree shared few pics and captioned it, “SIYA RAMCHANDRA KI JAI. Last night was blessed to be able to be in Ayodhya for Ramleela, as Sita Maiya! Unbelievable to be able to connect with 19 crore people worldwide watching this great epic streamed live. Being here during the auspicious time of Navratri was as perfect as it could be.”

Bhagyashree is one of the popular actresses of Indian film Industry. She had her breakthrough with the 1989 film Maine Pyaar Kiya, in which she shared the screen space with Salman Khan.

Currently she is waiting for the release of Radha Krishna Kumar’ directorial venture Radhe Shyam.