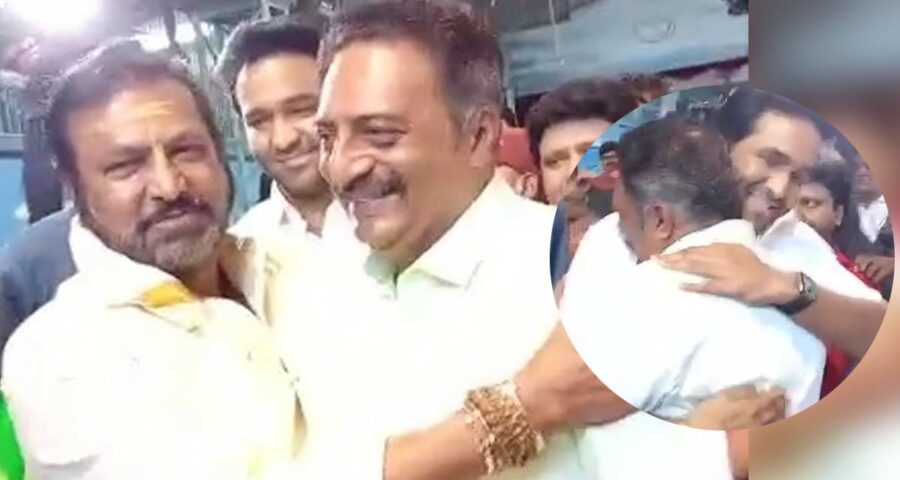 Naga Babu said that  Manchu Vishnu doesn’t have the characteristics that Prakash Raj has.  Prabhas Raj who is contesting for president post, is aware of the bigger picture of MAA. Prakash Raj is articulate and knowledgeable enough to fight with India PM Narendra Modi. On the otherside,  Prakash Raj took blessings from senior actor Mohan Babu ahead of MAA president elections.

We have already reported that Prakash Raj and Manchu  Vishnu are contesting for MAA president post. Prakash Raj was spotted giving a hug to his opponent Manchu Vishnu and wishing each other.

On the otherside, Mohan Babu asked politician Kota Srinivas Rao for his support to Vishnu Manchu.

Kota Srinivas Rao criticized Prakash Raj, shared his working experience with the actor and said, “I have worked with Prakash Raj in nearly fifteen  movies playing supporting roles. And not even once he reached the sets on time. He is not a disciplined and punctual actor.”

Further supporting Manchu Vishnu, Kota said, “He has to win. I request MAA members to vote for  Manchu Vishnu.”