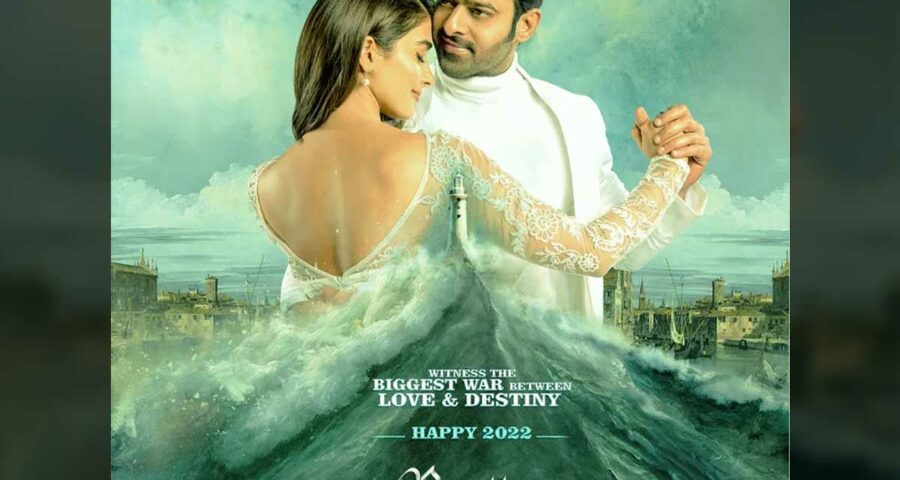 Radhe Shyam  starring Prabhas and Pooja Hegde, is said to be set in the backdrop of 1970’s Europe. Written and directed by Radha Krishna Kumar, it stars Bhagyashree,  Sachin Khedekar, Sathyaraj, Priyadarshi Pulikonda, Murli Sharma, Kunaal Roy Kapoor, Riddhi Kumar, Sasha Chettri and Sathyan in the supporting cast.   The romantic drama was supposed to release on 14th January coinciding with the celebration of Sankranti.

However, the onset of the third wave of infections forced the filmmakers to hold back the release and now it is arriving at the theaters on 11th March.  According to the latest report, there is no villain in Radhe Shyam. The last film where a villain was not featured in Prabhas’ film was Mr. Perfect, which was released in 2011. After a long time,  Prabhas is coming with a villain-less film Radhe  Shyam, which is one of  the most awaited movie of film industry.

Going by the posters, teaser and  trailer of the film, it is almost confirmed that  Radhe Shyam has no peculiar villain, but nature itself becomes a hurdle for the couple’s union. It is being heard that the movie will have a tragic end.

Prabhas is playing the role of  Vikramaditya, a regal palmist and a fortune teller, who falls for Prerana, a girl who is destined to fall for him.