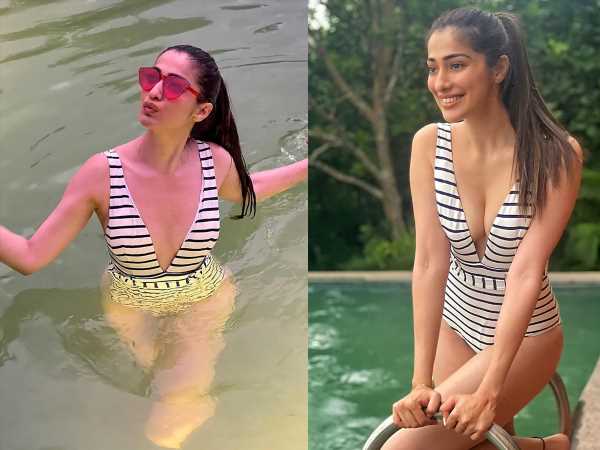 Raai Laxmi is the bombshell of the film industry who is popular for her glamour show.    She is an active user of the social media sites and she used to update her latest  photographs to woo the  fans and the followers. This time once again Raai Laxmi took to her Instagram to share a pic of her in which she is seen wearing  bikini in water. Raai Laxmi captioned it, “One Life ! Live it to the fullest.”

Coming on the photograph, Raai Laxmi is seen in black and white bikini which  is also giving a treat of her beautiful body.  Julie 2 actress is a regular when it comes to nailing it in revealing outfits.  Raai Laxmi surely knows how to stay in the limelight with her h*t appearance. She looks hot as hell, doesn’t she?  Well, her passion for cinema can be measured merely by her ‘introduction’ only but that’s not all.

The  actress made her acting debut in Tamil film Karka Kasadara which was released in  the year 2005 when Raai  was just seventeen years old. In her career in the film industry, she has acted  in over fifty movies in regional languages such as Telugu, Hindi, Tamil, Malayalam and Kannada respectively.