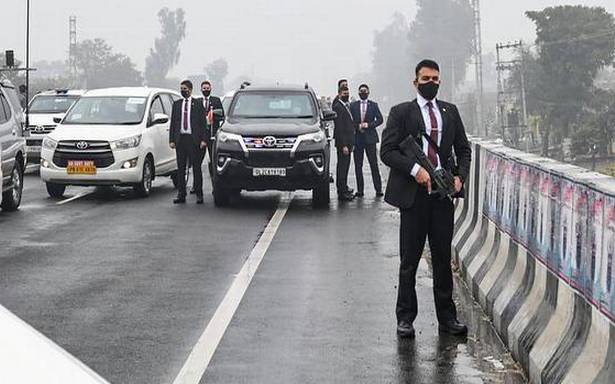 The high-level committee would submit its report within three days, says an official statement.

The Punjab government on Thursday, January 6, 2022, constituted a high-level committee to investigate the lapses surrounding Prime Minister Narendra Modi’s visit to the State on Wednesday, January 5.

“In order to carry out a thorough probe into the lapses that occurred during Prime Minister’s visit to Ferozepur yesterday, the Punjab government has constituted a high-level committee,” said an official statement.

The Prime Minister’s proposed event at Ferozepurwas cancelled on Wednesday after his convoy was stuck on a flyover for 15-20 minutes as the road was blocked by protesters near the National Martyrs Memorial in Hussainiwala.

The Ministry of Home Affairs termed it “a major lapse in the security of PM”. It sought a detailed report from the State government and asked it to fix responsibility for the lapse and take strict action.