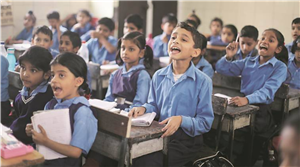 The government schools where the students are admitted will issue a written intimation to the private school regarding the admission and request for issuance of online SLC within 15 days. The Punjab and Haryana High Court has stayed the order of the Haryana Government that mandated that School Leaving Certificates (SLC) be automatically be given to students who move from private schools to government ones.

The petitioner, Sarva Haryana Private School Trust, through its counsel, Advocate Pankaj Maini, had moved a plea against the order of the Directorate School Education (DSE – Secondary), Haryana Government, stating that most students studying in private schools were missing out on admission to government schools due to non-issuance of School Leaving Certificate (SLC).

The DSE, Haryana, in its order, hence directed that students interested in getting admission in government schools be admitted immediately. The government schools where the students are admitted will issue a written intimation to the private school regarding the admission and request for issuance of online SLC within 15 days. If SLC is not received within 15 days, then it will be presumed that SLC has been issued, and as per the compliance of the Right to Right of Children to Free and Compulsory Education Act, 2009, the student could continue receiving education in the school of their choice.

Advocate Maini, counsel for petitioner trust, argued that the orders passed by the education department of Haryana government was totally in violation of the Haryana Education Code. No recognized school can admit a student from another recognised school without School Leaving Certificate. As a result, private unrecognized schools are suffering financially, Maini contended.

The bench of Justice Sudhir Mittal, after hearing the matter, issued notice to the state of Haryana for their reply on the issue.

RKS Brar, Additional AG Haryana, accepted the notice on behalf of Haryana and submitted that Rule 194-A of the 2003 Rules permits the state to issue directions permitting a school to admit students without School Leaving Certificate.

Justice Mittal then posted the matter on October 28 for further hearing, while staying the Haryana government’s order till then.