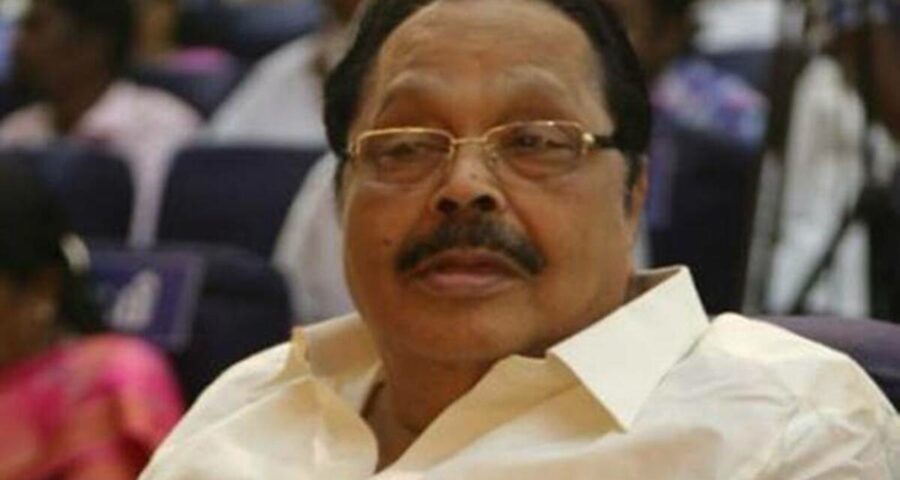 The meeting took place a couple of days after TN Chief Minister MK Stalin wrote to his Karnataka counterpart BS Yediyurappa asking him not to pursue the project across Cauvery as it would jeopardize the availability of water to people of TN. Tamil Nadu Water Resource Minister Durai Murugan met Union Minister for Jal Shakti Gajendra Singh Shekhawat in Delhi Tuesday and handed over a representation regarding the Karnataka government’s decision to build a reservoir across the Cauvery river in Mekadatu as well as other inter-state water disputes.

The meeting took place a couple of days after TN Chief Minister MK Stalin wrote to his Karnataka counterpart BS Yediyurappa asking him not to pursue the project across Cauvery as it would jeopardize the availability of water to people of TN.

“While the withdrawal of water from the river for drinking water usage in Bengaluru Metropolitan city has been permitted by the Honorable Court, citing that as the reason for constructing such a major reservoir at Mekadatu, which is too far away from Bengaluru Metropolitan area does not sound valid,” Stalin wrote.

Speaking to reporters after meeting Shekhawat, Duraimurugan said the union minister had promised him that Karnataka will not be allowed to implement the reservoir-cum-drinking water project in Mekadatu without TN’s concurrence.

“The Union Minister has a deep understanding of our problems. We had listed down our concerns before him and he has promised us that he will initiate necessary action,” Duraimurugan said.

The Mekedatu project involves building a balancing reservoir, near Kanakapura in Ramanagara district of Karnataka. The project aims to ensure 4.75 TMC drinking water to Bengaluru and adjoining areas along with generating 400 MW power. The estimated cost of the project is Rs 9,000 crore.

He said he egged the union minister to advise the Karnataka government to release TN’s share of Cauvery water in accordance with the schedule fixed by the Supreme Court. A request to appoint a full-time chairman for the Cauvery Water Management Authority (CWMA) was also put forth.

Another subject that came for discussion at the meeting was the Markandeya river dam for which TN has asked the Centre to constitute a tribunal. The state also requested funds for the Cauvery-Gundaru river linking project.

Meanwhile, Yediyurappa Tuesday said the state has decided to implement the Mekedatu balancing reservoir-cum-drinking water project even though Stalin “did not respond properly” to his request for a bilateral meeting to clear apprehensions.

Addressing reporters in Bengaluru, Yediyurappa said, “I had requested the (Tamil Nadu) CM for us to do (implement the project) it in a friendly manner, as it benefits both states. However, for some reason, he did not respond properly, but we will go ahead and implement the Mekedatu project…”

“There is no question of halting it for any reason. People of the state should have no doubts about it,” he added. The Karnataka CM also claimed that things are “favourable” for his state for the same and that the project will be completed “within the legal framework” of it. “No one can stop this.”

Yediyurappa’s reaction came a day after the state’s Law and Parliamentary Affairs Minister Basavaraj Bommai said that Karnataka would “continue its legal battle” to ensure the implementation of the Mekedatu project. “Tamil Nadu has always blindly opposed anything proposed by Karnataka. We will fight for our rights. Our rights will be restored,” he said.

The Opposition Congress also announced that it would support Yediyurappa for this cause. “We will fully back our Chief Minister. He should show political will and protect the interest of the State,” Karnataka Congress president D K Shivakumar said Monday.

Shivakumar, a former water resources minister, said the construction of the dam will “in no way hamper the flow of amount of water to Tamil Nadu” and that the project was important to meet the drinking water requirements of Bengaluru.

“When it comes to state matters, politicians there (in Tamil Nadu) will come together across party lines to disagree to the proposal. If needed, the Karnataka government should show the double-engine power to get necessary clearances from the Centre to implement it,” he said.

(With inputs from Ralph Alex Arakal in Bengaluru)