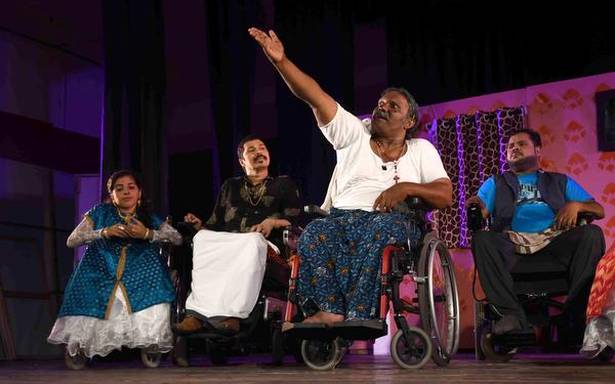 When the lockdown hit in April last year, it did not stop Pradeep Malavika, a professional drama artist-cum-producer from Vaikom in Kottayam, from pencilling in his schedule for the next festival season after a possible return to the stage in September.

But the target proved implausible as it once did. A latest production by the Vaikom Malavika Theatres had just begun its tour when the unprecedented lockdown came, which exposed a lot that was really fragile and difficult about the sector. The 59-year-old artist, who has been into professional drama since his school days, now has huge bank loans to repay and lives on with support from family members.

Optimism is now in short supply among the hundreds of stage artistes like him, who have been caught up in the largest cultural shutdown in modern history. “One year is a ruinous amount of time to be shutdown, and there is no end in sight. All our stage artistes have been relegated to other menial jobs and we continue to wait anxiously for the perfect time to resume live entertainment,” he said.

The professional drama sector, according to him, provides employment to at least 2,000 artistes directly and 20,000 others across 60 production teams. The average cost of a new production is worked out to be around ₹14 lakh and it requires a theatre group at least a couple of years with 150 shows a year for breaking it even.

In his opinion, there has been a prescribed necessity for the drama artistes to live precarious financial lives for too long now. “But it still remains a competitive industry where contracts are often short and pay is poor due to a falling booking rates. Women artistes are the most to suffer as a majority of them do not have a second job and must have fallen through the cracks by now,” pointed out the senior artist, who also serves as the vice president of the Kerala Drama Workers Welfare Association.