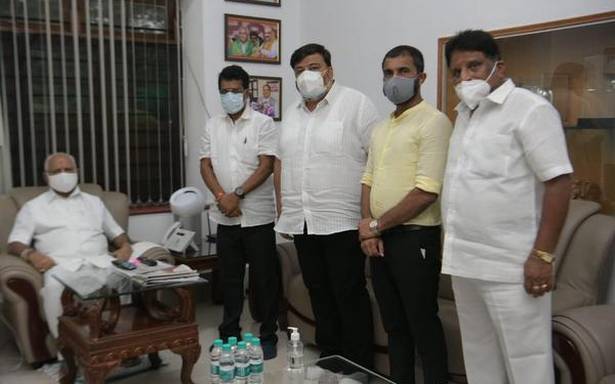 A delegation comprising Kuyilady Suresh Nayak, Vikram Reddy, Ajjappa and Dilraj Alva called on Mr. Yediyurappa in Bengaluru on July 3. They argued that the government might lose ₹72 crore by waiving off road tax for six months, but stands to gain ₹720 crore from tax on diesel and other consumables used for private stage carriage buses.

The Federation said ever since the COVID-19 lockdown in 2020, operations of private bus operators have been shaky because of non-operation, increased cost of operation following a constant rise in prices of diesel and other consumables, and road tax during period of non-operation. Their condition deteriorated during the lockdown for the second wave of COVID-19, they said.

The Federation urged the Karnataka government to constitute a committee to revise fares periodically on the basis of diesel price variation for private buses as well as State road transport corporations. Employees of private bus operators should also be given a COVID-19 package, they said.

They asked the government to direct insurance companies to provide insurance cover commensurate with the lockdown period as buses were not operating during the period.

The Federation said diesel was sold at ₹65 a litre prior to the first wave of COVID-19 but the price is now ₹94 a litre. As such, there was need for periodical revision of fares.

Many other States had waived road tax for one year for public transport vehicles during the first wave of COVID-19, but not Karnataka. They urged the government to waive tax for at least six months this year.

The Federation pointed out that private stage carriages had been serving people for over a century and contributing to the growth of the nation.