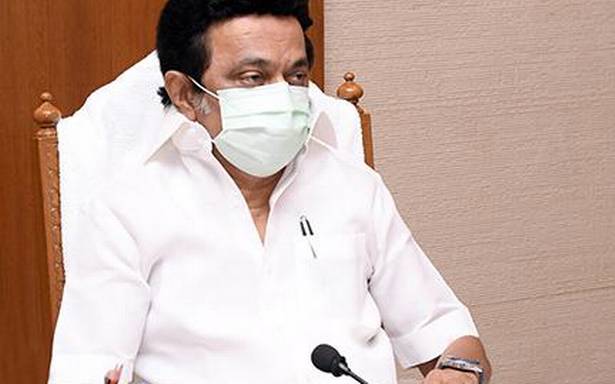 All eyes are on Chief Minister M.K. Stalin’s decision on the implementation of 10.5% internal reservation for Vanniyakula Kshatriyas within the 20% quota for Most Backward Classes (MBCs) in education and employment in government services, with the Supreme Court refusing to stay last week, the operation of the law on internal reservation.

The Chief Minister’s move is being keenly watched as admission to undergraduate courses is expected to begin in a month.

When asked whether the government would begin enforcing the law hereafter, Higher Education K. Ponmudi and Minister for Backward Classes Welfare S.S. Sivasankar, speaking to The Hindu on Monday, referred to Mr Stalin’s statement in the Assembly last month. Intervening in a debate on the motion of thanks to Governor Banwarilal Purohit for his address to the House, the Chief Minister replied to G.K. Mani, floor leader of the Pattali Makkal Katchi (PMK) on June 23, and said that a “good decision will definitely” be taken after consulting officials of the departments concerned.

Called the Special Reservation Act of 2021, in short, the law got the Governor’s assent on the day the Bill was passed by the House on February 26, which took place just before the Election Commission’s announcement regarding the poll schedule for five States including Tamil Nadu.

A former official of the State government, who has been studying the subject of internal reservation for the Vanniyars for years, feels that if the government chooses to enforce the law, it marks an “acknowledgement of the community’s identity.”

Despite the community’s representatives demanding a higher share, the previous AIADMK regime had gone by the quantum — 10.5% — which was mentioned in the recommendation made in 2012 by M.S. Janarthanam, the then Chairman of the State Backward Classes Commission, to the government, and this was cited by his successor M. Thanikachalam, while providing his opinion on the matter.

The former official adds that in his assessment, the new scheme of internal reservation will be more beneficial to the community in education than in employment.