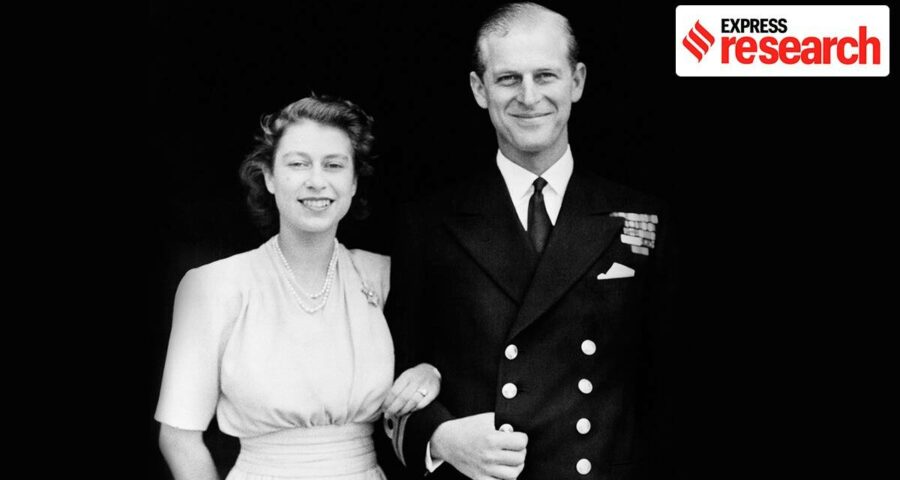 Though his ancestry could be traced back to Queen Victoria, Prince Philip’s family was in fact spread out over all of Europe and was testimony of widespread intermarriages between royal families in the 18th and 19th centuries. 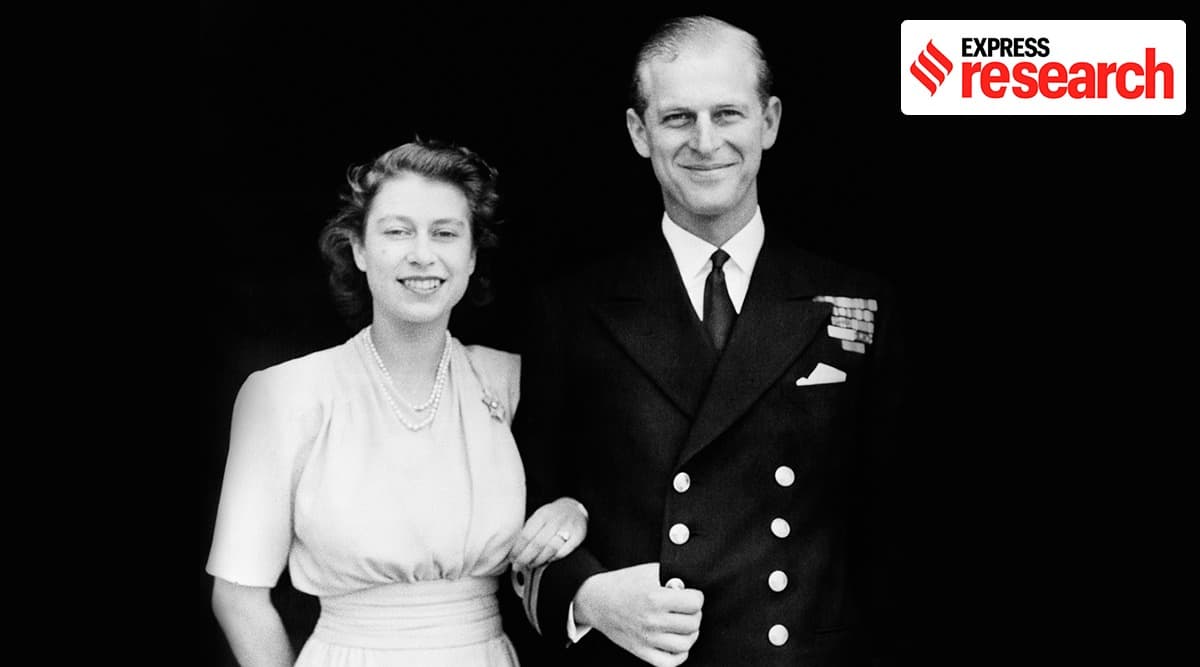 In an interview in the 1970s, Prince Philip, the Duke of Edinburgh, is noted to have remarked ruefully, “I don’t think anybody thinks I had a father.” The longest serving consort in British history and the ‘strength and stay’ of Queen Elizabeth II died at the age of 99 on Friday.

Much has been said about the extraordinary life led by the Duke after he gave up on his career in the Royal Navy at the age of 29 to marry the Queen and assist her in royal duties. Prince Philip’s early life though was a far more turbulent one involving the exile of his father from Greece, the break down of his parents’ marriage, the marriage of his sisters to men who had associations with the Nazi party in Germany, his mother being diagnosed with Schizophrenia and being placed in an asylum and the young prince being passed around relatives for much of his childhood.

In an interview to CBC news in 2012, royal historian Carolyn Harris had noted, “In marrying the Queen, [Philip] gained that sort of stable home life that he didn’t have when he was younger.” The prospect of a 21-year old Elizabeth marrying Philip was in fact not taken well in Buckingham Palace, with many hoping that the queen would rather marry a pure Englishman than a foreign prince. 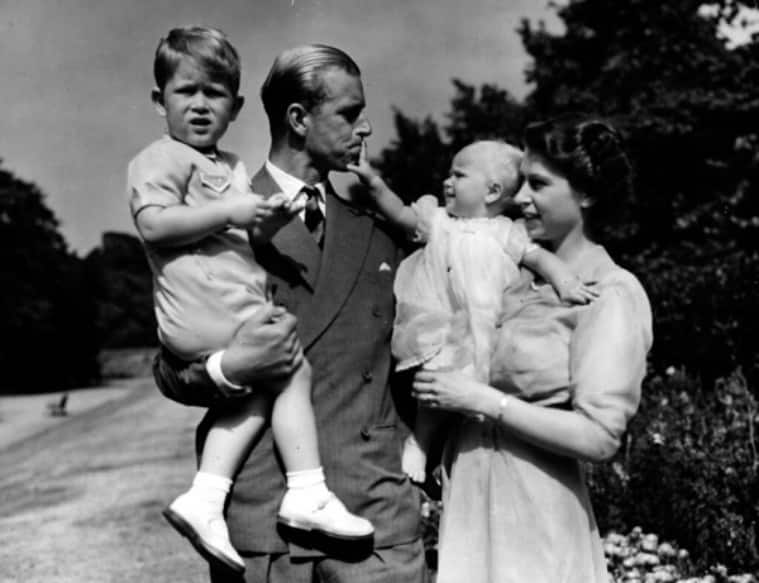 The label of a ‘foreign prince’ was a product of the fact that the Duke was born in the Greek island of Corfu, as the prince of Greece and Denmark. Though his ancestry could be traced back to Queen Victoria, Prince Philip’s family was in fact spread out over all of Europe and was testimony of widespread intermarriages between royal families in the 18th and 19th centuries. “Prince Philip can claim kinship with the whole compass of European royalty: kings, emperors, kaisers, tsars. Include his sisters and his cousins and his aunts (princesses, admirals, grand duchesses) and it is the cast of a comic opera,” writes author and politician Gyles Brandreth in his book, ‘Philip and Elizabeth: Portrait of a Marriage’.

As Brandreth writes, “to know Philip you need to know his family.” Though unsettled and dramatic, Philip’s birth and childhood was a quintessential product of European monarchy, which explains why the Duke himself, as consort to the Queen, was a staunch believer in keeping the monarchical system alive and functioning.

The easiest way of understanding Philip’s paternal ancestry is to start with his grandfather, King George I of Greece. King George was born as Prince William of Schelswig-Holstein-Sonderburg-Glucksburg in 1845 at Copenhagen in Denmark. Their family lived a fairly modest lifestyle, struggling to make ends meet. In 1852, William’s father was unexpectedly named the heir to the Danish throne on account of being the godson and a distant relative of the childless king.

The fortunes of the family altered drastically when in 1863 William’s father succeeded to the Danish throne as King Christian IX. The same year, William’s sister married the prince of Wales, destined to become King Edward VII. Also, a delegation from Greece came and asked 17-year old William to be their king. Another sister of William married the future Tsar Alexander III of Russia, while another sister married the heir to the throne of Hanover. In the next half a century, the descendants of King Christian IX went on to occupy no less than nine European thrones, namely, British, Russian, Greek, Norwegian, Belgian, Romanian, Yugoslav, Spanish and Danish. Only the descendants of Queen Victoria were more widely spread. 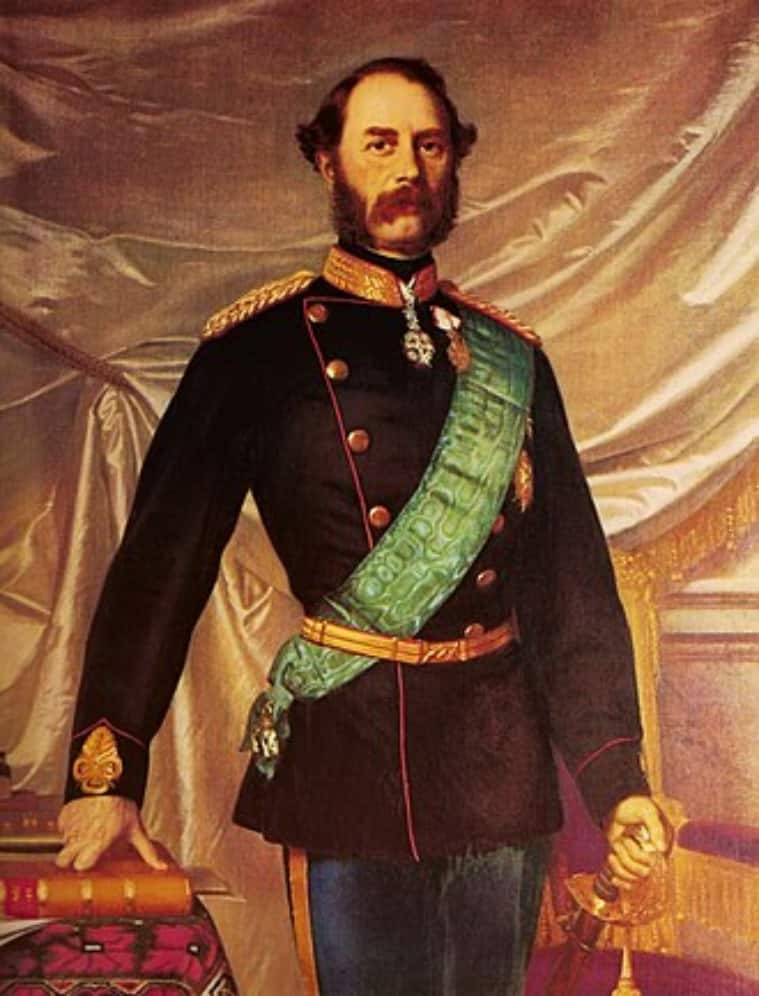 When prince William took oath to the Greek throne as King George he was not even 18. Though young and inexperienced, George was determined to master the Greek language and understand the people over whom he ruled. He was also regularly reminded by his counsellors of his dynastic responsibilities, that of producing a son on Greek soil.

In 1867, at the age of 29, George visited his sister in Russia where he hoped to find a wife. “Tsar Alexander II had persuaded George that this was the only country where he would find a girl with the requisite combination of royal breeding and orthodox faith,” writes journalist Philip Eade in his book, ‘Young prince Philip: His turbulent early life’. During the course of the two month trip, he also learned much about how a vast empire was to run. During this period, he proposed to the 15-year-old daughter of the Tsar’s younger brother, named Olga. He got married to her shortly afterwards in Russia.

King George and Queen Olga went on to have eight children, the last among them being the father of Philip, named Andrew, also known as Andrea. He grew up with his brothers and sisters at the royal palace in old Athens. They would make annual trips to both Denmark and Russia where both sides of their family lived. Prince Andrew though preferred to identify himself as Greek and refused to speak in any other language. 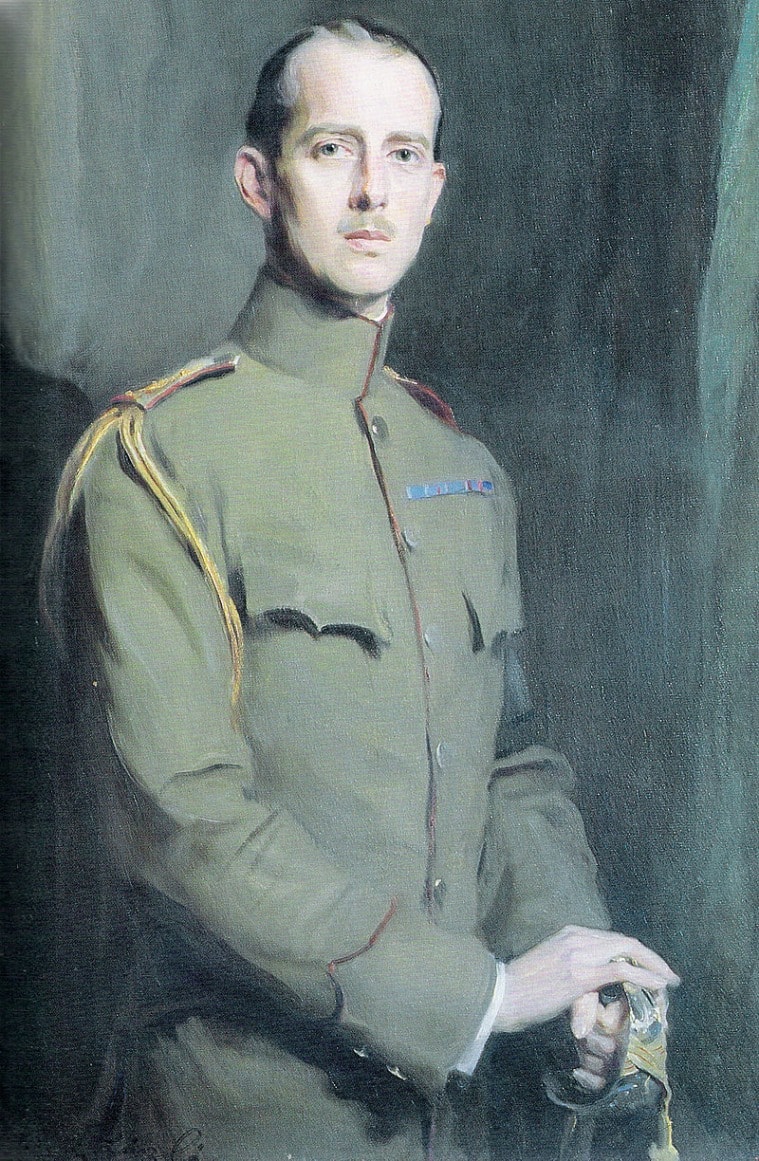 At the age of 14, Andrew joined the military college in Athens and by 20 he joined the cavalry unit in the Greek army. Shortly thereafter, he met the beautiful princess Alice of Battenberg, the girl who went on to become his wife and mother of Philip.

The maternal side of prince Philip is best understood by beginning with Queen Victoria. Victoria had nine children, the third among whom was princess Alice, who in 1862 married prince Louis of Hesse-Damstardt, who later became Grand Duke Louis IV of Hesse and by Rhine which was a principality in western Germany. Alice and Louis had seven children, among whom the oldest, named Victoria, became the favourite grandchild of the Queen-Emperess.

At 21, Victoria of Hesse married Louis of Battenberg. The Battenbergs were rulers of the Grand Dutchy of Hesse in Germany. Louis was 30 and a rising star in the British Royal Navy at that time. Later, during the First World War, Louis, who was a naturalised British subject, gave up on his German surname to adopt the name Mountbatten (anglicised version of Battenberg), on account of the rising anti-German feelings in Britain at that time.

Being extremely fond of her grand-daughter and her husband, Queen Victoria insisted that their first child be born in one of her homes in England. Consequently, Victoria of Hesse gave birth to her daughter in the Tapestry room at Windsor Castle in 1885. 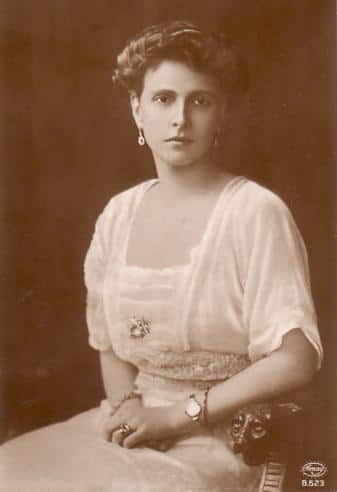 The child was named after her grandmother as princess Alice. Alice had three other siblings. Her sister Louise would one day become the queen of Sweden. Her two younger brothers, Georgie and Louis (who went on to become the last Viceroy of India), followed their father to become part of the British navy.

In 1902, Alice along with her parents visited Windsor Castle to be part of the coronation ceremony of Edward VII. It is there that she met with prince Andrew and they fell in love. A year later in October 1903, they got married at a grand ceremony in Darmstadt (Germany).

Prince Philip was the only son and the last child of Alice and Andrew. He was born in June 1921 at the Greek island of Corfu in a villa named Mon Repos which the couple had inherited from Andrew’s father, king George.

In 1922, when the Greeks lost out to the Turks in the Graeco-Turkish war, Philip’s uncle who was then the king of Greece was forced to abdicate. Prince Andrew and his family too was banished from Greece for life. Prince Philip was still a baby when he was carried out of the country in a cot made out of a fruit box. The family settled down in Paris, but only for a very brief while.

In the course of the next three years, the mental health of Philip’s mother deteriorated and she was put in an asylum; his father went off to Monte Carlo to live with his mistress and his four sisters were married and left for Germany. As Jonny Dymond of the BBC writes, “In the space of 10 years he had gone from a prince of Greece to a wandering, homeless, and virtually penniless boy with no-one to care for him.”

Later, he went on to study at Cheam School in England, where he lived with his maternal grandmother, Victoria Mountbatten. He later went to Gordonstoun, a private school on the north coast of Scotland, where he was famously put under a strict discipline.

By 1939, when Philip met and fell in love with Elizabeth, he had given up on his Greek and Danish titles and taken on the surname ‘Mountbatten’ from his mother’s side, and had become a naturalised British subject. A well known episode of Philp and Elizabeth’s marriage is that of the former insisting his children adopt the surname Mountbatten, so as to put the name on British monarchy. But that was not to be. “I am nothing but a bloody amoeba. Am I the only man in this country not allowed to give his name to his own children?” he had thundered in response to the decision.

Philip and Elizabeth: Portrait of a Marriage by Gyles Brandreth