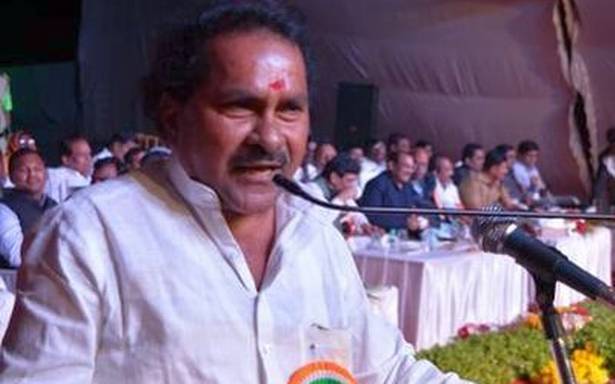 Raosaheb Antapurkar, who was on ventilator support since April 1, suffered a multi organ failure

Antapurkar, who was 64, died at Bombay Hospital on Friday night, they said. He was on ventilator support since April 1, suffered a multi organ failure

Antapurkar was a two-time MLA from Deglurassembly constituency in Nanded district.

Party sources said that the legislator had tested positive for COVID-19 on March 19 and was initially admitted to a hospital in Nanded, before being shifted to Bombay Hospital on March 22.

His COVID-19 report was negative around March 28, but he continued to remain in the ICU. His lungs and kidneys were infected, the sources said.

His funeral will take place in his native Antapur village in Nanded district on Saturday.

An engineer by profession, Antapurkar gave up his job to join the Congress and won the 2009 assembly polls from Deglur. He lost in 2014, but again won from the same seat in 2019.

He is survived by his mother, wife, two married daughters and a son.

In November last year, Bharat Bhalke, an NCP MLA from Pandharpur-Mangalvedha constituency in Solapur district, died due to post-COVID complications.