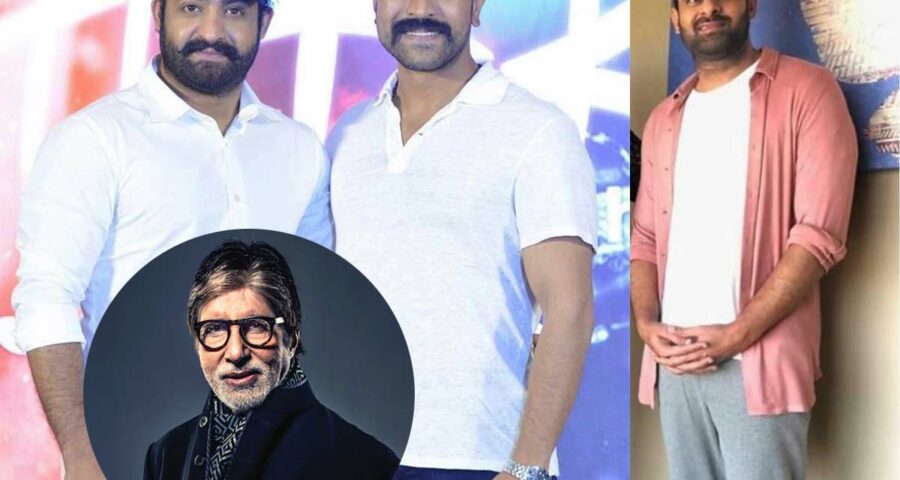 Number of much hyped big budget movies are going to hit the theaters this March. Bollywood megastar Amitabh Bachchan, Akshay Kumar, Prabhas, Young tiger Jr NTR and  Mega Power Star Ram Charan are all set to light up the big screen with their projects.

The first movie to release in March is Bollywood megastar Amitabh Bachchan starrer ‘Jhund’, which is arriving at the theaters on 4th March.  It is a sport based drama based on the life of Vijay Barse, the founder of NGO ‘Slum Soccer’ and helmed by Nagraj Manjule.  The movie also has Akash Thosar and Rinku Rajguru.

Vivek Agnihotri’s directorial venture  ‘The Kashmir Files’ will also be  released in March.  The movie  starring Mithun Chakraborty, Anupam Kher, Darshan Kumar and Pallavi Joshi,  is based on the lives of Kashmiri Pandits.

Young Rebel star Prabhas and Pooja Hegde are coming up with Radhe Shyam which is slated to hit the theaters on 11th March.   It is helmed by Radha Krishna Kumar of Jil fame and bankrolled by UV Creations.