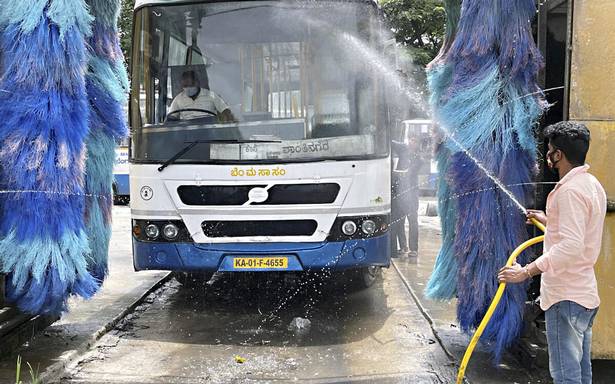 Bangalore Metropolitan Transport Corporation (BMTC) has cancelled the deputation of Umesh M.R., a close associate of former chief minister B. S. Yediyurappa, to the office of the CM.

On October 7, income tax officials searched properties allegedly owned by Umesh after which the BMTC received instructions from the CM’s office to withdraw the deputation.

On October 7 evening, chief personnel manager of BMTC issued an order cancelling the deputation. The order states that deputation has been withdrawn with immediate effect.

Umesh had been hired as a driver-cum-conductor by BMTC in 2008.

Sources in BMTC said that Umesh had been hired as a driver-cum-conductor in 2008 and was attached to Puttenahalli depot. He managed to get a posting, on deputation, as personal assistant to the chief minister. Officials say usually deputation to other departments is for a period ranging from two to five years, but Umesh had been in the chief minister’s office for over a decade.