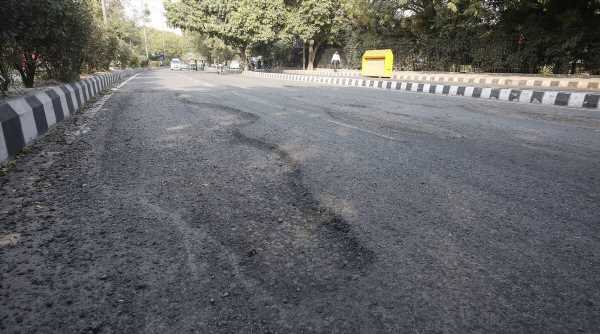 The Karnataka High Court pulled up the Bruhat Bengaluru Mahanagara Palike (BBMP) Thursday for failing to fill potholes on city roads and directed the civic agency to ensure that quality is maintained while repairing them.

“BBMP shall also ensure that quality work is maintained while filling up the potholes because it is noticed that the pothole which is filled up, again becomes a pothole after about 2 to 3 months for obvious reasons,” the court said. It asked the civic agency to take up the work at the earliest and submit a status report within two weeks.

The counsel for BBMP informed the bench, “We have entered into an agreement with a single agency to fill up potholes. Every day we are attending to filling up potholes in the entire city… However, because of heavy rains we could not achieve the target. Wherever necessary we are doing it.”

The bench orally observed, “You see potholes only on Kumara Krupa road, the road in front of seven ministers’ bungalows, the road towards the high court. But you don’t see potholes of other localities, where the common man lives.” The matter will be heard again on November 15.