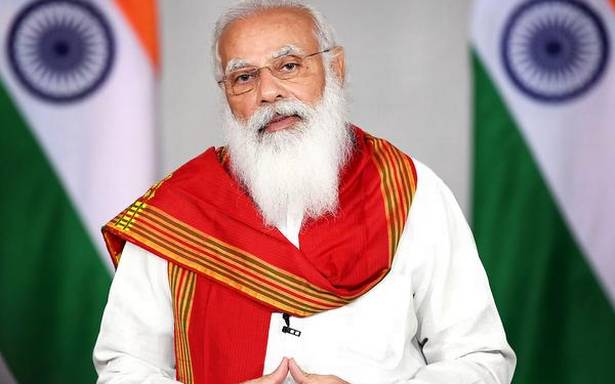 He will hold review meetings in Bhubaneswar and Kolkata.

Prime Minister Narendra Modi will visit the areas affected by Cyclone Yaas in Odisha and West Bengal on Friday to assess the damage to life and material due to the natural disaster. Sources in the government said Prime Minister Modi’s first stop would be Bhubhaneswar where he will hold a review meet, followed by aerial surveys of Balasore and Bhadrak in Odisha, and Purba Medinipur in West Bengal, with another review meet with the State Government in Kolkata.

On Thursday, he held a high level meeting to go over the situation in both Odisha and West Bengal following the cyclone. “It was discussed that about 106 teams of NDRF were deployed with 46 teams each in West Bengal/ Odisha that rescued more than 1,000 persons and removed more than 2,500 trees/poles that had fallen & obstructed the roads. The Defence Forces namely Army and Coast Guard also rescued marooned persons, while Navy and Air Force were on the alert,” said a statement after the meet.