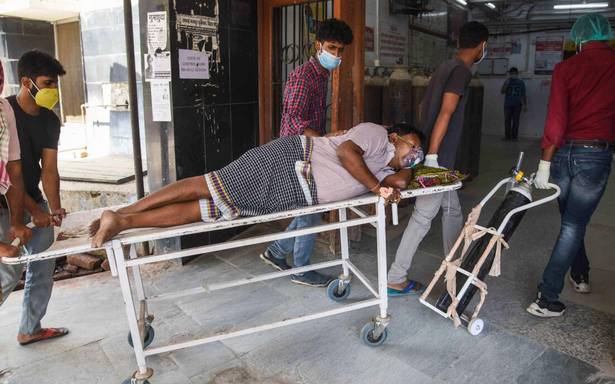 In a letter on May 23, the State government had placed restrictions citing lockdown

Leaders of Bihar’s ruling alliance partner Bharatiya Janata Party have expressed their strong resentment at the State government’s decision to place restrictions on the movement of Ministers in their constituencies due to the lockdown.

The Bihar government had issued a letter on May 23 restraining movement of Ministers citing violation of lockdown norms.

BJP MLAs, MPs and Ministers registered their protest at the party’s virtual meeting on Wednesday. BJP had called the meeting to oversee preparation for the upcoming Sewa Diwas on May 30, to be organised on the completion of seven years of Prime Minister Narendra Modi’s government. State BJP president Sanjay Jaiswal was present at the meeting.

“It’s like murder of democracy. If an MLA or MP cannot move in their constituencies to be with their people during this time of corona, then how can he or she claim to be a public representative?” asked a party legislator.

Another MLA wondered “whether both the Deputy Chief Ministers from the BJP quota were consulted by the government before taking such a decision”.

The resenting MLAs and MPs said District Magistrates of their areas had been telling them over phone not to visit their constituencies or hospitals or community kitchens.

“It’s a dictatorial move by the government. The ruling alliance partners were not even consulted before taking the decision”, said a BJP MLA and former Minister.

Party sources told The Hindu that the State’s top party leadership informed the protesting MLAs and MPs that the central leadership had been briefed about it and asked them not to make it an issue. They were told to follow the lockdown norms as it would last only a few more days.

The lockdown in Bihar ends on June 1.

On May 23, the State Cabinet Secretariat department had issued a letter addressed to private secretaries of all Ministers asking them to request their Ministers not to visit their constituencies to inspect medical facilities or any scheme as it would amount to violation of lockdown norms. If need be, the Ministers could hold virtual meeting or inspection in their constituencies, said the letter.