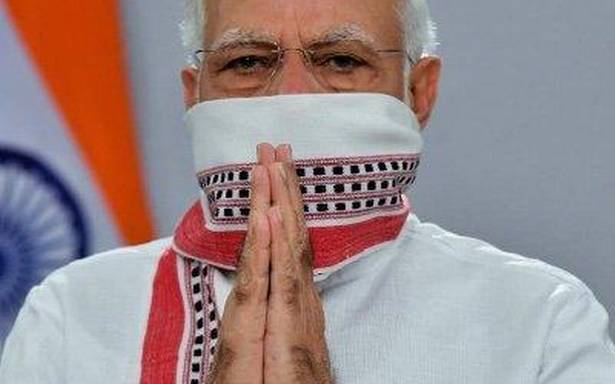 Prime Minister Narendra Modi is expected to visit Bhopal on November 15 to participate in a mega tribal convention on the birth anniversary of tribal leader Birsa Munda and dedicate the newly developed world-class Habibganj railway station to the public, the Madhya Pradesh government said.

Chief Minister Shivraj Singh Chouhan on Tuesday reviewed the preparations under way for the ‘Janjatiya Mahasammelan’, and also inspected the Habibganj railway station in the State capital.

Mr. Chouhan directed officials to highlight the culture, tradition and life values of tribals during the convention. An exhibition of products prepared by tribal self-help groups will also be organised during the event, the State government said in a statement issued late Tuesday night.

A short film about facilities available at the Habibganj railway station will also be shown during the PM’s visit, it said.

Mr. Chouhan had earlier announced that November 15 will be observed as ‘Janjatiya Gaurav Diwas’ every year to mark the birth anniversary of Birsa Munda.