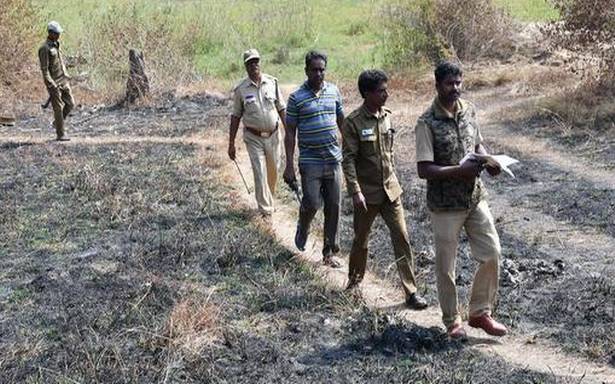 Anti-poaching drive to be affected as infections rise among staff

Constant exposure during combing operations outside forests and anti-poaching drives has resulted in a sizeable number of field staff contracting COVID-19 in Karnataka.

Apart from anti-poaching drives the field staff also come into contact with the general public while dealing with other issues and this is not only resulting in infection among the forest staff but they could even end up spreading it in the remote hamlets of forest-dwelling communities.

Recently, a gang of poachers was nabbed by the forest protection squad in south Karnataka region and some of the accused tested positive for COVID-19. As a result, the entire staff involved in the operation had to opt for isolation.

Mahesh Kumar, Field Director, Nagarahole Tiger Reserve, told The Hindu, that a week-long combing operation was carried out to trap a tiger which had strayed into human landscape a few days ago outside Nagarahole. During the process the special tiger force members came into contact with public and at least five forest personnel have now tested positive.

There are similar cases reported from those stationed at Handpost in HD Kote and another at Tithimathi all of which will deplete the strength of the field squad engaged in jungle patrolling.

In Nagarahole, out of 605 personnel, 292 are yet to receive even the first round of vaccination. A senior forest department official said that this will have a negative bearing on the forest protection duties and could give impetus to potential poachers.

Ever since the lockdown was announced in the State, as many as four cases of poaching have been busted by field staff at Nagarahole alone. Hence there is a growing demand for declaring forest staff as frontline workers and prioritise them for vaccination.

The Indian Forest Service Association which represents over 3,000 IFS and over 25,000 field staff across the country, has also appealed to the Centre for prioritizing their vaccination as many of them are constantly working with forest-based communities and the Particularly Vulnerable Tribal Groups (PVTG).

Sanjai Mohan, Principal Chief Conservator of Forests (Head of Forest Force) has also appealed to the State Government in this regard but there is no official notification till date. He pointed out that poaching tends to increase during such times as lockdown due to pandemic and the extra vigilance was imperative.