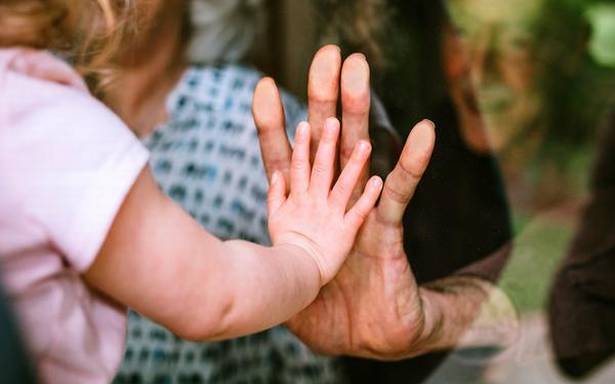 Ever since his return from West Asia early this year, Pretheesh J. Pillai, a Kochi-based expatriate, has received at least two messages about children who lost their parents to the COVID-19 pandemic being available for adoption.

One child turned out to be from Delhi and another from Kerala. As someone who has been looking to adopt a child, Mr. Pillai tried to reach out, by which time both the children had already been adopted, though he was not sure whether it happened legally or illegally.

"I have already registered with the website of CARA (Central Adoption Resource Authority, a statutory body of Ministry of Women and Child Development) and am only interested in legal adoption. It turned out that the message had reached a few days after it was circulated," he said.

Taking serious note of the matter, the Department of Women and Child Development has adopted a slew of measures to create awareness, including a social media campaign, against falling prey to what is being regarded as illegal adoptions. A comprehensive webinar on legal adoption by an expert was also organised.

"We had a system to track and bring all orphaned children under the ambit of the Child Welfare Committee (CWC). Realising that the pandemic and the resultant lockdown disrupted that system, we have instituted a WhatsApp-based helpline to report children orphaned by the pandemic, while we have also given specialised training to our child protection officers to handle the new challenge," said T. V. Anupama, director of the department.

One such child has been reported from a northern district and the department is in active liaison with the child’s grandparents who are now taking care of it.

There are three options for similarly orphaned children, with the first preference being to put them in the care of immediate family and relatives provided they are willing to take care of the child. Where the relatives are willing but do not have the financial means, the child is put in their foster care with some assistance from the department. General foster care or adoption is the last resort where the relatives are not willing.

Bitty K. Joseph, chairperson, CWC, Ernakulam, said that she had even come across messages appealing to a specific community to adopt a child belonging to their community. "All such appeals for adoption are illegal and such children should be put in the care of CWC," she said.

For a child to be adopted, he or she should be declared "legally free" by CWC. Three categories of children — orphaned, surrendered, and abandoned — are made available for adoption through CARA.

Details of children handed over to the specialised adoption agencies, the number of which has now been restricted to one for each district, are uploaded on the CARA website and once they are declared legally free by CWC, they will be made available for adoption.

Parents looking for adoption will also need to register in the website and they can choose up to three States where they are willing to adopt from. As and when children matching the profile of their requirement become available, the parents concerned are alerted.