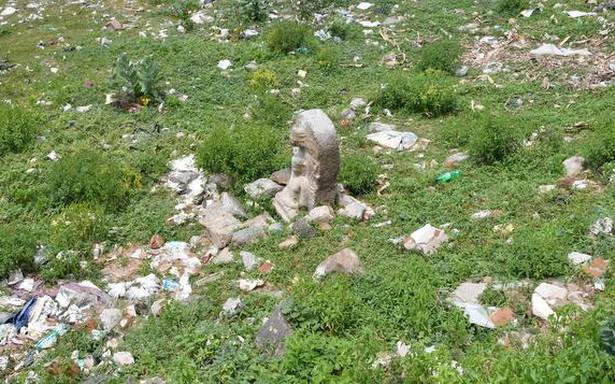 “Many constructions over there involve desecration of water bodies. The State cannot indulge in such things. Development has to be sustainable,” the Chief Justice of the Madras High Cout said on Thursday

“Many constructions over there involve desecration of water bodies. The State cannot indulge in such things. Development has to be sustainable. There ought to be elevated corridors. Statutory authorities have to consider it. Ask your officials to visit the place,” the Chief Justice told the counsel.

The Bench also called for a status report on the issue from TNRDC within three weeks. The interim order was passed on a public interest litigation petition filed by S. Sridhar, a resident of Padur. He had complained about the water sources in his village being obliterated due to the OMR Phase II project. The petitioner said that the TNRDC had protected the water bodies in Kelambakkam village by constructing bridges at appropriate places but chose to construct the expressway right on the water bodies in Padur inhabited by more than 20,000 families dependant on those water bodies for drinking and fishing.

The petitioner said even the cows, buffaloes, goats, dogs and birds had been deprived of water sources. He claimed that the civil contractors engaged by TNRDC had destroyed the Kalleri lake and Padur pond which were home to fish, snails and other living organisms. He said the two water bodies were now filled with debris.

The litigant also stated that the groundwater table in Padur had gone down from 80 feet in 2006 to 200 feet now. Therefore, he urged the court to declare the encroachment of water bodies as illegal and order their restoration besides initiating action against the erring officials.