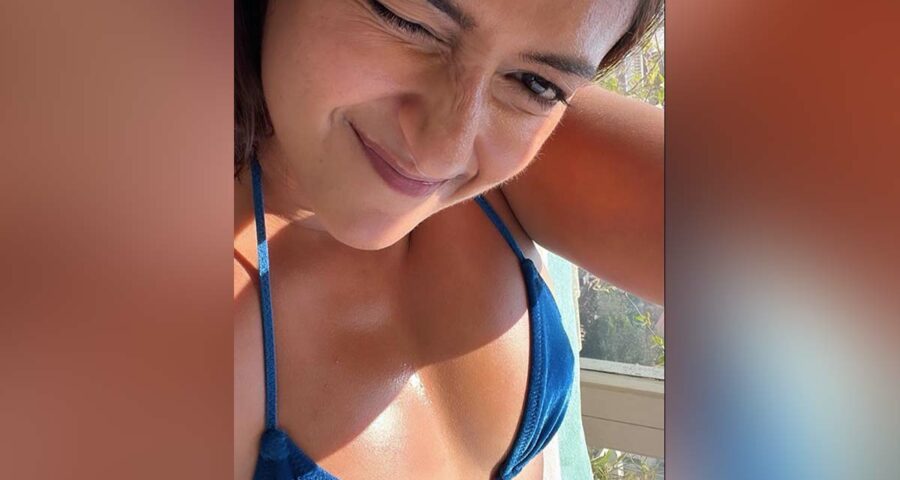 Goa beauty Ileana D Cruz is an active user of the social media sites and she used to share her bikini pics to delight her fans and the followers.  Once again she has set the Instagram on fire with her h… and sultry picture. She captioned it: Just here minding my own business. Coming on the pic, Ileana is seen wearing a two piece blue bikini. One of her fans said: You are Just an icon of beauty. Another fan wrote:  The way you present yourself professionally and as a private person tells me that you have great taste and impeccable upbringing. A netizen also wrote:  No one can be beautiful…. more than you.. because you are not only beautiful from outside … But also from inside … You are the one only meaning of real and rare beauty.

Barfi girl never misses a chance to grab eyeballs by sharing her photos and videos on social media. She once again took the internet by storm by posting a stunning pic of herself.

Meanwhile, on the work front, she  was last seen in The Big Bull with Abhishek Bachchan, which was loosely based on the securities scam of 1992.

Ileana d Cruz will next be seen in ‘Unfair N Lovely’, a comic take on India’s obsession with fair skin. The  upcoming drama  set against the backdrop of Haryana.