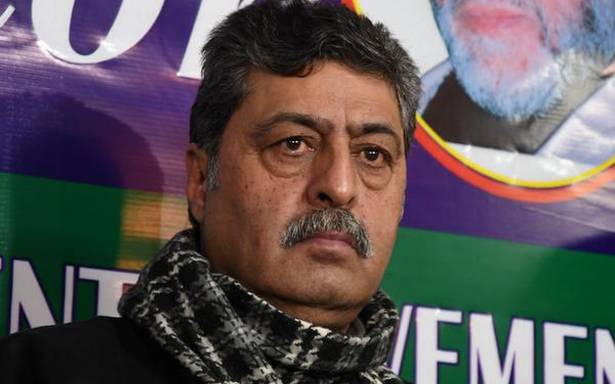 They include separatist leader Bilal Lone and the late S.A.R. Geelani, according to a report by the news portal.

News and opinion website The Wire on Friday reported that Delhi-based Kashmiri journalists, a prominent civil society activist critical of the official policy towards Jammu and Kashmir and over 25 people from Kashmir were selected as potential targets of surveillance between 2017 and mid-2019 by an as yet unidentified government agency that was also believed to be a client of the NSO Group of Israel.

The Israeli firm has denied that the records accessed by ‘Pegasus Project’ have anything to do with surveillance.

According to The Wire report, the names include separatist leader Bilal Lone and the late S.A.R. Geelani, whose phones were forensically analysed by it.

“For the other potential targets in Kashmir, it was not possible, for one reason or another, to conduct forensic analysis. As The Wire and its media partners have noted, the appearance of a number in the leaked database does not necessarily mean that the phone in question had been infected; but it does mean that the phone number was likely selected for potential surveillance,” it said.

“Others on the leaked database include at least two members of People’s Democratic party (PDP) chief and former chief minister of J&K Mehbooba Mufti’s family… their selection as potential targets of surveillance happened when Mufti was still chief minister of the erstwhile State and in a coalition with the BJP… when asked if she thought there was a link, Mufti declined to comment,” it stated.

The current head of the Hurriyat Conference Mirwaiz Umar Farooq was a potential target of surveillance between 2017 and 2019, apart from his driver, human rights activist Waqar Bhatti and at least five Kashmiri journalists, including Muzamil Jaleel of The Indian Express, Aurangzeb Naqshbandi with The Hindustan Times at the time, Iftikhar Geelani (formerly with DNA) and Sumir Kaul of PTI, it said.

Shabir Hussain, a Delhi-based political commentator from Kashmir, was also in the list, it pointed.